Four eBooks for 99 Cents Each!

Posted on October 30, 2013 by Charles Yallowitz

This is the Eve of All Hallows Eve, so I should be talking about horror and pushing my horror novella.  Instead, I’ve realized that not everyone likes to be scared.  After all, not every child dresses up as a monster.  So, take a look at this four eBooks that are 99 CENTS each!!!

When trapped in an elevator together, Jeffrey and Darla learn that misery doesn’t always love company. With the screams of death and chaos echoing from outside, they find themselves slowly slipping into a world of fear and darkness they may never recover from. All the while, something is terrorizing the convention outside and turning the guests and celebrities into psychotic monsters.

Legends of Windemere: Beginning of a Hero (High Fantasy) 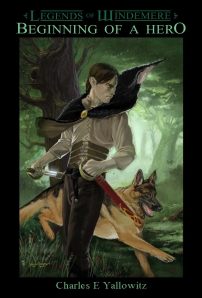 Take a step into the magical world of Windemere where history is forged by brave adventurers.

Luke Callindor was born into Windemere’s most decorated family of adventurers. Since his birth, he has been treated with the greatest amount of respect and awe. Now, with a lifetime of training and the reckless cockiness of youth, Luke has set out to prove that he deserves the admiration that comes from being a Callindor.

Luke gets his chance when he convinces a royal messenger to hire him to protect the heir of Duke Solomon. This future leader is secretly attending Hamilton Military Academy, an esteemed school run by the former mercenary, Selenia Hamilton. It is a dangerous secret mission requiring that Luke pretend to be an average student while keeping an eye out for any sign of danger. Unfortunately, Luke has no idea which student the heir is and a demonic assassin is already several steps ahead of him. Finding himself in over his head and constantly in trouble, the young warrior realizes that the only things he has on his side are some new friends and his unwavering courage. 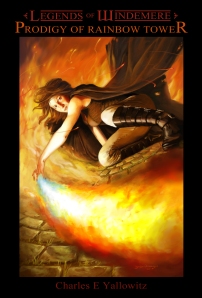 The action-packed, humor-filled, dramatic sequel to ‘Legends of Windemere: Beginning of a Hero’.

Battling through a demonic assassin and an army of monsters, Luke Callindor has survived his time at Hamilton Military Academy. Now, Luke and his friends must leave the safety of the academy to escort Duke Solomon’s heir down the L’dandrin River and into the safety of the city of Gods’ Voice. Joining them for this journey is Nyx, a powerful caster apprentice of Rainbow Tower. With her talent for combat magic and her short temper, Nyx will prove to be a challenge for Luke and all of their enemies.

Who will survive the harrowing trip down the L’dandrin River? And, who will be the one to break Luke’s trust? 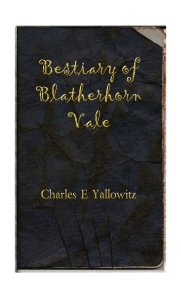 Found in a battered notebook, these poems are the remnants of an expedition to the legendary Blatherhorn Vale. Cut off from human contact, the creatures of this mysterious land are nothing more than rumors. At this time, we cannot determine if these are true reports of unknown creatures or if they are the ramblings of a madman. You be the judge.

There they are!  4 eBooks for 99 cents each!  Happy Halloween!

6 Responses to Four eBooks for 99 Cents Each!