Goal Post: At Least I Made It In One . . . That Shouldn’t Have Fallen Off 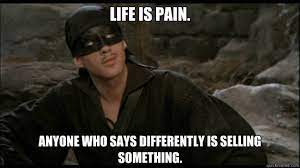 I did say last Saturday that I was going to have a rough week.  Didn’t expect it to be as stressful as it was, but I didn’t delude myself into thinking things would go well.  There was a disturbing theme though:

To be specific, it felt like everything I had worked hard to create was being destroyed by an outside entity.  It’s not even one thing, but several things that are both internal and external.  So, there was definitely a lot of pain and anguish.  I didn’t really have a desire to do anything once the evening hit too.  This worked out though because I kept passing out around 9:30/10 PM.  To be fair, I’d crawl under the covers, which included a weighted blanket.  Still, I did get frustrated when I wanted to watch TV and my eyelids decided to clock out before the rest of me.  Never believe yourself when you think you can watch TV with your eyes closed.

Funny aside on the sleeping issue too.  I began watching an anime called ‘Scrapped Princess’, which I couldn’t explain to you.  Not as interesting as I thought it would be since it’s a fantasy, science fiction, drama thing.  Anyway, I was watching it and feel asleep, but woke up in time for credits.  Figured that it was best to go to bed because I didn’t want to miss any episodes.  I’d only lost 10 minutes, right?  Well, I sat down for dinner and TV the next day and realized I’d slept through 3 episodes.  Why were they on a boat?  Where did those two come from?  Ugh, I wasn’t in the mood to backtrack.

I don’t have any real writing news.  I decided to start a final edit on War of Nytefall: Savagery to give me something to do, but I ended most nights too drained to give it a shot.  I can finish it before April though, so the release schedule shouldn’t be in any jeopardy.  I played around with a future series that involved a six-shooter wielding character who used to be my super spy.  He’s been moved to Windemere and shows up in Ether Thief, but I wanted to give him his own 6 book series like I’d planned way back in college.  Should be fun, but I’m having trouble thinking up titles.  I came up with ‘Arctic Heart’ for one because ice is involved, but I’m not sure.

Blog-wise, I got all of April scheduled and about half of May.  I’m actually thinking of making June a poetry month.  Part of me wants to grab random topics while another part thinks I should do characters or books.  I would have 13 weekdays to fill or 19 if I skip Teaser Tuesdays.  Considering I have 23 big books (15 Legends, Quest, 6 Nytefall, and Ichabod), I couldn’t do it by book.  Not unless I pause ‘Immortal Wars’ and include the Bedlam books.  The other problem is that people will get bored of it being all about promos.  There’s an alternative I just thought of:

That might be a better plan.  Need to figure out what to do with Thursdays once ‘Immortal Wars’ is done.  I don’t have another book to start posting.  Naively, I thought I’d have another Bedlam book, but time forces me to focus on the series that I’m actually publishing.  Maybe one day Cassidy and Lloyd will return, but I don’t make enough money from writing to quit my day job.  Time goes to the bigger projects.  I have time to figure things out.  It could be promos or I can do a series of Ask-a-Characters, which I haven’t done in a long time.  They tend to fail, but you never know.

I don’t have much planned for this week.  I have my son and things might be super stressful for him.  Schedules are changing, which means he will need me to be around and ready to handle any issues.  I might be able to do some editing or at least finish the May blog posts.  Everything is going to be up in the air.  Promised a friend that I would help them put together furniture at some point too.  It’ll be good to have this kind of week even if it’s going to be messy.  Nights will probably be where I try to finish up that spy story.  Am I avoiding moving on to the Slumberlord stuff?  Maybe I’m just waiting for me to reach a level of calm in my life, so I’m not distracted.

Goals of the week:

Charles E. Yallowitz was born, raised, and educated in New York. Then he spent a few years in Florida, realized his fear of alligators, and moved back to the Empire State. When he isn't working hard on his epic fantasy stories, Charles can be found cooking or going on whatever adventure his son has planned for the day. 'Legends of Windemere' is his first series, but it certainly won't be his last.
View all posts by Charles Yallowitz →
This entry was posted in Goal Posts and tagged anxiety, exhaustion, goals, life, resting, stress, work, writing. Bookmark the permalink.

12 Responses to Goal Post: At Least I Made It In One . . . That Shouldn’t Have Fallen Off