Posted on February 5, 2022 by Charles Yallowitz 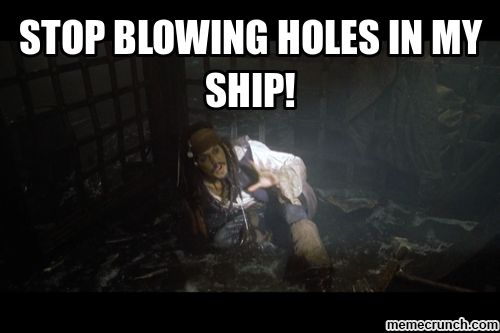 (Oops.  Set it for 8 PM.  At least I now get to add that I woke up this morning with severe lower back pain.  So much for the goals that depend on getting stuff done over the weekend.  Maybe I’ll have better luck tomorrow unless I can pain med, heating pad, and walk this agony off.)

First, that line is something I’ve been tempted to yell all week.  Just over so many plans and ideas getting blasted by outside forces.  Needless to say, this week went about as smoothly as skiing down an erupting volcano.

So, I had Tuesday off for the Lunar New Year, which was cool.  It was also a shock to my system and left me unsure of the day.  Going into work on Monday is normal, but then I get to sleep in and I’m back to work on Wednesday.  To be fair, I didn’t really sleep in because I wanted to stay on my normal schedule.  The only downside is that my alarm going off made me groggily start getting ready for work.  I was halfway down the stairs in nice clothes before I remembered I had off.  I preceded to do . . . stuff.  I can’t remember what happened that day.

Truth be told, I can’t remember a lot of what happened this week.  I know I got all but 5 of the April posts ready.  I didn’t get any writing done, but I did get through everything for my online course.  No printing of the book for editing, but I’ll try that today.  Finally got my laptop and the printer to acknowledge each other’s existence.  Helped my son with a ton of homework, which is normal.  So, the week was a whole bunch of minor events and this weekend won’t be much different.

Seriously, the biggest thing I have planned is buying a pair of black dress pants.  I can’t figure out where my old pair went, so nothing matches my blazer.  My bigger plan is to get the last 2 rival teams of Phi Beta done or at least mostly done.  Each one requires a reputation, 6 members, and a general reason to be in each of the 6 books.  After that, I can design the support team to some extent.  I noticed that I’m not doing detailed character bios for anyone outside of the main team and the recurring villains.  Might not be a bad thing here.  Anyway, that’s the weekend plan.

Oh, and laundry.  Need to do that.

I might try to finish the April posts as well.  Try to get as much off my plate as possible since I don’t know if things will slow down, speed up, or remain chaotic.  Personal situations are raising their heads and I’m not sure what to do about them.  Feeling helpless and frustrated at some points.  I need a period of time when I’m able to really relax instead of simply recover.  Those really aren’t the same.  Recovering means I’m healing enough to continue, but that takes effort.  Relaxing is not enjoying my time and not thinking about recovering.  Guess it’ll happen eventually.

All of my books have been turned back to $2.99 except for Beginning of a Hero, Ichabod Brooks & the City of Beasts, Bestiary of Blatherhorn Vale, Catalysts, and Hopeteller.  As I look at those short stories and experiments, I’m reminded of the stuff I posted on this blog too.  There are 2 free ‘Bedlam’ books, which signified the death of that series.  I also posted the ‘Raven Series’ for 4 years during October.  That was my experimental horror series that I can’t tell if it succeeded or not.  I keep wondering if I should do anything with ‘Raven’ though.  Is there any way to bring people back to that series to give it a look or should I just leave that alone?

Nothing else is really going on.  Watched an anime called ‘Legend of the Legendary Heroes’ because it had an odd title and a fun first episode.  It was fantasy and I thought it would be a big adventure tale.  Instead, it got taken over by politics, dark machinations, and a lore that didn’t keep my interest for very long.  So, I’m going to rewatch ‘Merlin’ until a new season of ‘Disenchantment’ starts up.  Won’t finish either by next weekend, which is Super Bowl and family visiting.

So, goals of the week since I can’t remember anything else I want to talk about.

Charles E. Yallowitz was born, raised, and educated in New York. Then he spent a few years in Florida, realized his fear of alligators, and moved back to the Empire State. When he isn't working hard on his epic fantasy stories, Charles can be found cooking or going on whatever adventure his son has planned for the day. 'Legends of Windemere' is his first series, but it certainly won't be his last.
View all posts by Charles Yallowitz →
This entry was posted in Goal Posts and tagged frustration, goals, life, parenting, tired, writing. Bookmark the permalink.

11 Responses to Goal Post: Midweek Days Off are Strange