Check on the Idea Stockpile

Posted on September 15, 2019 by Charles Yallowitz 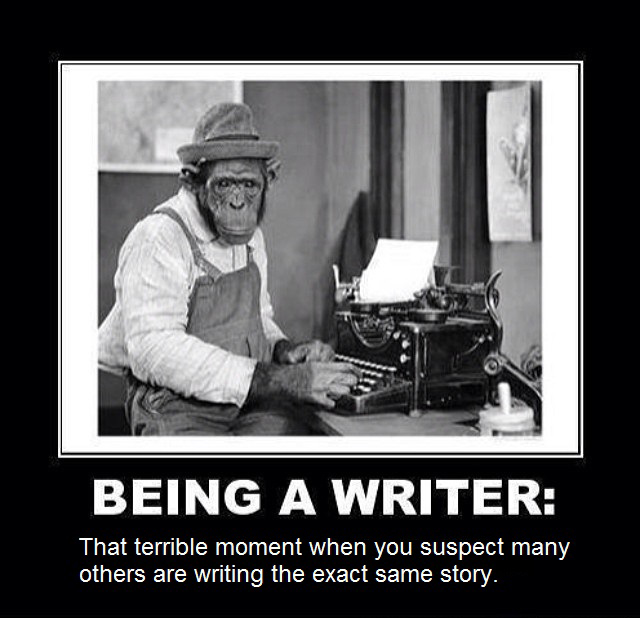 (Okay.  I moved this from September 1st to the 15th because I forgot about all of the October post stuff I had set up.  Sorry about any confusion.)

About a week and a half ago, I was talking to someone and they showed an interest in me being an author.  Been a while, so I wasn’t sure if I was dreaming or not.  I talked about Legends of Windemere, War of Nytefall, and the others that have been working on.  Then, I was asked if I had anything else in the pipes.  Proudly declared that I had 30+ ideas on the burners in various stages of planning.  That’s as far as I got though because I terrifyingly realized that I couldn’t remember them.  Managed to make it out of the conversation and then broke down later that day when I was alone.  Why would this happen?

I used to always be able to run through most of my future ideas in my head without a problem.  After a full year of stress, anguish, and not being much of an author, I found that I couldn’t do this any more.  Everything is in my notes and I can jump start the memories that way, but this feels like another sign that I’m broken.  Not in the positive author way, but the detrimental author way.  I’ve had so little time with creative thoughts that things have faded away and that makes me queasy.  This is where people begin telling me that the creative ideas (and gift) are dormant and not gone.  Still, I’ve lost enough ideas to know things can vanish.  The stress and pressure of a ‘normal’ life require a sacrifice, which is typically our child-like creativity and optimism.  Lost the latter a long time ago, so the former is all I have left to stave off the crippling fate of being a mundane, go-through-the-motions adult.  Rather be a creative one.

When in Baltimore, I started remaking the list of series titles.  I have 3 copies in various formats and from various ages.  For example, 1 has Project Phoenix and Windemere mixed, 1 has them separate, and the other has arrows going everywhere.  That last one might have been when I was merging smaller stories into the bigger series to enhance the plots and cast.  I’m going to try to finish the list during my break and then step back into the fantasy tip stuff.  Once I get those entries outlined, I can gradually begin on that and maybe get more of my dwindling mojo back.  At least I still know how to write about the trade even if I can’t get the stories flowing.

Now, I was going to list everything here, but that actually sounds more ridiculous now that I’m looking at it.  I do have some confusing ones.  Think I’m going to keep everything in Windemere, including my superheroes.  This means the alien bounty hunter is going to have a problem.  One version had her crash land and go in search of bounties that escaped her ship.  Being aliens, they all have different reactions to Windemere’s magic and there was going to be a cult that goes after ‘Moon Children’.  Might be safer because I could never get the spaceship battles to work right and I prefer magic to science.  Those are my biggest headaches though.  Considering everything after Legends of Windemere, doesn’t really sell, I should do what I feel comfortable with and continue aiming for the grand finale of everything.  At least I’ll be entertained and I can leave the stories finished when I go bye-bye.

Another thing I’ve been looking at here is the format.  I’m thinking of turning many of the non-core stories like ‘Lions of Trune’, ‘Monster Hunters’, ‘Wraith Slayers’, etc. into short story collections.  It’ll be similar to how I do Bedlam in that each chapter is an adventure that connects to the whole.  This can turn some of them into one-shots or, at the very least, duets.  It could result in the ebooks being closer to 400 pages instead of my usual 200-300 but at least the story will be out there completely.  Besides, I’ve seen plenty of ebooks out there of that size.  Just another idea that I’m playing with.

This post is predominantly to clear my head.  I can’t do much else at this time since I’ve got a lot on my plate.  If I can use my breaks at work to get some outlining done then that’s a good move.  Hoping to use my non-son weekends for working on the next War of Nytefall book.  Things are going to be busy, but when are they not?  Maybe I’ll get my things together and designate a weekday in 2020 to reveal future ideas and get feedback on the basics.  Guess we’ll find out and hopefully I keep getting better in terms of being an author.  At least I have my new list.

Charles E. Yallowitz was born, raised, and educated in New York. Then he spent a few years in Florida, realized his fear of alligators, and moved back to the Empire State. When he isn't working hard on his epic fantasy stories, Charles can be found cooking or going on whatever adventure his son has planned for the day. 'Legends of Windemere' is his first series, but it certainly won't be his last.
View all posts by Charles Yallowitz →
This entry was posted in Character & Book Themes, Character Origins and tagged author, creativity, ideas, imagination, the future, War of Nytefall, Windemere, writing. Bookmark the permalink.

14 Responses to Check on the Idea Stockpile