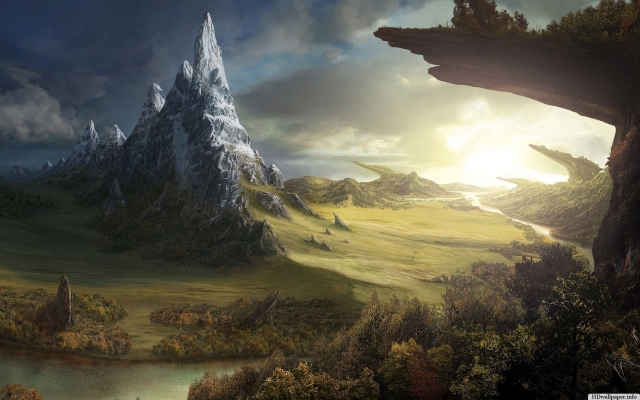 About a third of the action in War of Nytefall: Savagery happens in the long lost island of Mestra.  Well, it isn’t really long lost.  Those connected to it knew where it was, but the door got taken away.  Due to events in Nytefall, a familiar figure has appeared to give it back.  That will be a fun surprise for Friday.  Still, what exactly is Mestra and why is it important?

Historically, Mestra is the training grounds for the vampires of Windemere.  If one wanted to become stronger, they would enter through the doorway and appear on the island.  One could return at any point or be sent back once they completed the challenges that are laid out before them.  It’s a curious place too because it’s always a little different.  It isn’t even clear if the locals are the same for every visitor.  This is because the gateway reads the vampire and Mestra changes to hold the optimal challenges for the person to become stronger.  There is more to it than that, but you will have to read the book to get the details and the reason why it was taken away.

In terms of the story, this was a headscratcher for a while.  I needed Clyde to go off training somewhere to become stronger.  I also realized he was incredibly powerful, so it couldn’t be a series of physical challenges like my original idea.  There was also the issue of his personality and that of his opponent.  If the newer monster could get to Clyde then the fight would happen very early.  We’re talking short story length.  If Clyde wasn’t in a place that he had to earn the way out of then he’d leave as soon as he got frustrated.  We’re back to short story length.  The best option that I could find was crafting an isolated land with a single way in or out that nobody knows about.  Also, I had to give it a guardian strong enough to whack Clyde on the head if he tried to run off.

Even after I created Mestra and was comfortable with the surroundings, it was a challenge to get it to work.  Clyde isn’t a questing character.  He’s a warrior, a hunter, a thief, and a brawler.  This required that he be a student, a wanderer, and an adventurer.  I didn’t think his personality would be that much against it, but he really hated the situation.  Who could blame him?  He’s training while his friends and loved ones are stuck dealing with a terrifying monster.  So, there’s a lot of impatience, mistakes, and rushing when it comes to this story.  Mestra may get slightly shafted here too because there’s not true exploration like there could have been.  It didn’t make any sense for Clyde to be curious about things and wander off his path, so I tossed a bunch.  This also turned it into an oddly short story type of adventure with him traveling into a new challenge every other chapter.  Still, it did all merge together nicely.

I think Mestra will be something that I keep in my back pocket in case I have a story where a vampire wants to become stronger.  It could work again.  Maybe I could have a local from there cross into the rest of Windemere.  The worry I have here is that I’ll stretch out a concept that is only useful for this scenario.  Guess it all depends on how well people take to it next month when War of Nytefall: Savagery is released.

Charles E. Yallowitz was born, raised, and educated in New York. Then he spent a few years in Florida, realized his fear of alligators, and moved back to the Empire State. When he isn't working hard on his epic fantasy stories, Charles can be found cooking or going on whatever adventure his son has planned for the day. 'Legends of Windemere' is his first series, but it certainly won't be his last.
View all posts by Charles Yallowitz →
This entry was posted in War of Nytefall and tagged Clyde, Dawn Fangs, fantasy, fiction, magic, Savagery, series, strength, sword & sorcery, training, vampires, War of Nytefall, Windemere. Bookmark the permalink.