Clyde’s Fear: Can a Monster be Afraid?

Posted on March 3, 2021 by Charles Yallowitz 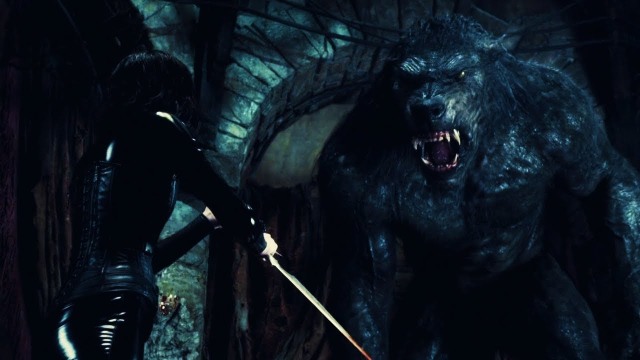 I remember talking about how Clyde was feeling fear in War of Nytefall: Eradication since there was the Orb of Durag.  He wasn’t sure if that weapon could hurt or kill him, so he was afraid.  Although, I think it was closer to confused and cautious since he didn’t retreat or back down whenever he was faced with it.  Now, I find myself in the same position since Clyde faces a monster who is as strong as he is in Savagery.  Yet, is he really afraid?

The truth is that he seems more scared in my mind than on paper, but that’s because I know what he’s feeling on the inside.  He’s frightened that this is the battle he can’t win and everyone will die because he’s too weak.  That’s why he is trying to get stronger, but that’s frustrating.  He doesn’t like doing anything other than barreling towards his problems to punch them in the face.  It hasn’t failed him before, so it’s become his first instinct.  Think of a top predator facing a human with a gun, which they’ve never seen before.  The predator has never fought anything that can kill it, but it’s cautious.  Yet, it doesn’t know to truly be afraid and may charge after a bit.  I think.  This isn’t across the board.  Clyde is basically in that situation.

Revealing how he’s feeling is difficult too.  He isn’t the most open and emotional character in any of my series.  Clyde holds a lot in, so being afraid isn’t something he would openly admit to.  His companions and the readers have to discern it through his actions.  I found that he felt more natural being impatient and frustrated instead of cowering or constantly worrying.  He doesn’t like that he has to train while this dangerous enemy is out there with his friends and family.  Fear can be shown this way if one feels like they can’t do anything about it.  I guess it connects to a sense of helplessness, which can be very uncomfortable for a powerful being like Clyde.  He’s never faced a threat of this level, so he’s almost baffled that he can’t punch it into oblivion.  With him still trying to figure out how to be a leader, he’s less likely to reveal his fear, so it’s all a mess that could lead to several mistakes.

Maybe I did better than I imagine?  I’m being hard on myself here, but I think there’s also a contrast.  I could have Luke Callindor or Sari act afraid fairly easily.  None of those characters shied away from their emotions.  Many of the Dawn Fangs are the same even though they’re hard to kill and incredibly strong.  Yet, I run into a roadblock when it comes to Clyde.  Does this make him a weak or faulty character?  It’s made me wonder a lot about how we demonstrate our own fear.  I think people typically expect tears and cowering when we’re afraid.  We forget that it can be faced with surging confidence, so you can’t tell that the person wants to wet themselves.  You have those that need a release, so the fear turns into anger and they try to fight back.  With Clyde falling into the latter category, I could be doing it right and underestimating myself.  Guess we’ll find out since this is going to be new territory for me, him, and readers who have followed the series.

So, what do you think about characters showing fear?  Have you ever had a character be afraid, but they don’t feel natural in showing it?

Charles E. Yallowitz was born, raised, and educated in New York. Then he spent a few years in Florida, realized his fear of alligators, and moved back to the Empire State. When he isn't working hard on his epic fantasy stories, Charles can be found cooking or going on whatever adventure his son has planned for the day. 'Legends of Windemere' is his first series, but it certainly won't be his last.
View all posts by Charles Yallowitz →
This entry was posted in War of Nytefall and tagged character development, Clyde, Dawn Fangs, fantasy, fear, monsters, Savagery, series, terror, vampires, War of Nytefall, Windemere. Bookmark the permalink.

16 Responses to Clyde’s Fear: Can a Monster be Afraid?