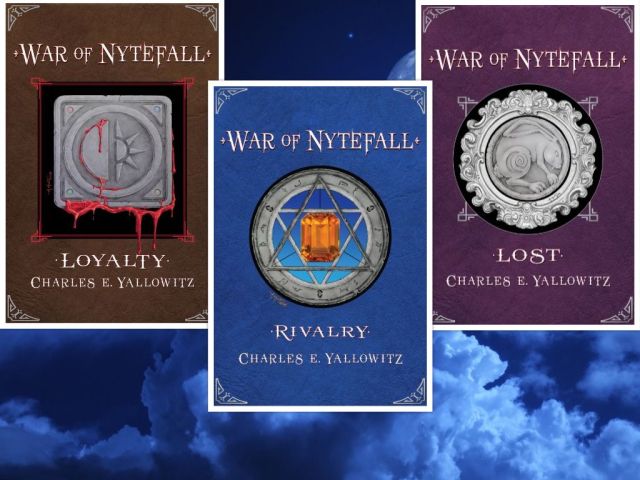 Is this the biggest scene of War of Nytefall: Eradication?  No.  Is this a major plot point that will reveal all?  No.  Is it the last of the Teasers for a while?  Yes.  Will it be a lot of fun to read?  That’s the plan.  It’s Monster vs Monster this time.

A dull roar and stiff breeze silences all of the animals, including the illusions that audibly pop under the growing magical pressure. The few shafts of sunlight that pierce the canopy are briefly blocked by a passing figure, which releases a predatory hiss. Leaves fill the air and the upper jungle violently trembles in the creature’s wake, the weaker branches tumbling to the distant ground. Trapped on the rope bridge, the Dawn Fangs cling to the sides and wait to see if the beast will return. The sound of trees getting knocked over can be heard to their right, the noise changing enough for them to guess that the mysterious animal is making a turn. Screeches of monkeys and birds fill the air, but the animals retreat towards the jungle floor instead of rushing through the branches. All of the vampires hold their breath when the shadow passes overhead again and a stronger aftershock rocks the shuddering bridge. Hearing echoing snaps from ahead and behind, Clyde knows that the rocking structure will collapse after one more blow. Carefully jumping to a tree, he uses it as a launching point to avoid doing the damage himself and rockets through the canopy with his fist stretched back to deliver a punch at his enemy.

Hundreds of stakes fly at Clyde, the tightly packed swarm coming from a limbless beast of polished wood. The wide head of the Crossbow Dragon sways as it unleashes another blast of projectiles that are spread out to stop its prey from escaping. Bronze wings flap to deliver a gust of wind that drives its weapons even faster towards the exposed vampire. A spark of primal intelligence can be seen in its four reptilian eyes, which shine a bright green like the emerald in the middle of its head. Momentarily stunned by the unusual creature, Clyde is struck in the hip by the first stake and the pain is enough to remind him of the danger. He throws his punch and catches it with his other hand to create a shockwave from the blow, which knocks the projectiles away from his face and torso. The bones in his fingers are pulverized by his own strength and his limbs are punctured, but he avoids getting entirely immobilized. Before he can react, the Crossbow Dragon pumps its metallic wings for a burst of speed and slams its solid skull into Clyde. The thunderous impact drives the stakes completely through his body and shatters more of his bones. With a quick buck of its head, the beast sends the hole-covered vampire hurtling back into the canopy where he remains crouched within view of the others. One awkward jump is all he needs to land back on the rope bridge, which sags from his rough landing.

“We have a Weapon Dragon up there,” Clyde says while his body slowly heals. Sensing that there is a toxin running through his veins, the vampire focuses on repairing his bones instead of his flesh. “Never saw this kind before. It spits stakes that are coated with a poison that is trying to eat away at my insides. Takes a lot of my regenerative abilities to make any progress, but I can clear it out with Lord’s Rage. Stay down here and get into the trees. It doesn’t have any legs, so it can’t grab us and hopefully it won’t come into the canopy. Give me a minute and I’ll jump back up there. Pretty sure I saw a weak point when it sla-”

The tops of the trees are sheared off by the Crossbow Dragon’s metal wings and the vampires find themselves exposed. Most of the severed treetops fall away from the rope bridge, but one of the bigger pieces heads for the shaking pathway. Titus pushes his way ahead of Luther and Bob to catch the debris and hurls it at the predator. A quick swing of the tail sends the chunk flying into the distant jungle where a startled flock of parrots rise into the sky. For a moment, the circling monster watches the colorful animals and clearly considers going after prey that will not put up so much of a fight. With a tight flip, the Crossbow Dragon comes back around, its mouth open and filled with foaming poison. Its wings stretch as far as they can and tilt to create blinding flashes that force the vampires to avert their gazes. A blast of stakes flies towards the rope bridge, but Chastity and Lost redirect all of the deadly projectiles back at the monster. Their telekinetic powers strain against the dense weapons and the pressure leaves them bleeding from their ears and noses. With a derisive snort, the Crossbow Dragon ignores the stakes bouncing off its solid hide and it swoops to slice at the women with one of its blade-like wings.

Hungry for more? Devour your copy of War of Nytefall: Eradication at Amazon for $2.99!

Charles E. Yallowitz was born, raised, and educated in New York. Then he spent a few years in Florida, realized his fear of alligators, and moved back to the Empire State. When he isn't working hard on his epic fantasy stories, Charles can be found cooking or going on whatever adventure his son has planned for the day. 'Legends of Windemere' is his first series, but it certainly won't be his last.
View all posts by Charles Yallowitz →
This entry was posted in Teaser Tuesday, War of Nytefall and tagged action, Clyde, Dawn Fangs, dragon, Eradication, excerpt, fantasy, fight scene, preview, sneak peek, sword & sorcery, teaser Tuesday, vampires, War of Nytefall, Windemere. Bookmark the permalink.

11 Responses to Teaser Tuesday: Battle in the Canopy #vampires #fantasy