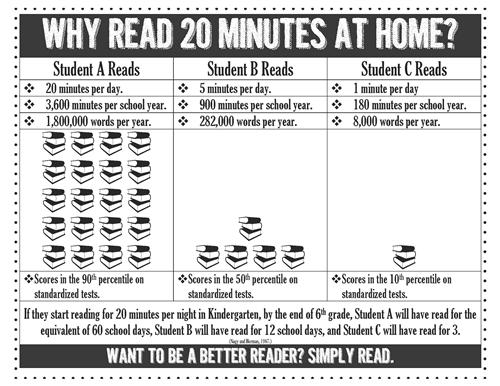 Anybody remember the phrase ‘Reading is Fundamental’?  First, I didn’t realize it was a nonprofit child literacy organization founded in 1966.  Thought it was saying used in Public Service Announcements.  In fact, I used to think it was connected to this blast from the past:

I watched this show religiously as a child.  At least when I wasn’t reading.  I remember my school would do an MS Reading Contest and the winner got a free personal pizza from Pizza Hut.  Several times, I need to get an extra form because I ran out of slots to write down what I read.  Some days, I would have a pile of books and just read through them for the day.  We’re talking elementary age, so there were books like ‘Wayside School is Falling Down’, ‘Encyclopedia Brown’, “Incognito Mosquito’, Choose-Your-Own-Adventures, ‘Bunnicula’, and a ton of nonfiction stuff on animals and dinosaurs.  Many of my friends were into reading as well.  I got into bigger books, comics, and manga as I got older, but I was still reading away.  It seemed most people were doing this and you could find bookstores everywhere.

Maybe it’s the circles I’m running in or that I’m not looking in the direction.  It feels like people simply aren’t reading as much as they used to.  Not just the dastardly millennials who I might be one of depending on the year cutoff that you’re using.  (I’m sticking with the ‘Oregon Trail’ Generation for my age bracket.  It’s true and I forgot the better one that I heard 2 years ago.)  Anyway, it seems people of all ages don’t want to touch a book.  They might if a TV series or movie has come out about it, but that’s not a guarantee.  I want to list all of the excuses that I’ve heard, but I’d be here all day.  It really boils down to people not reading as much as they used to, which makes being an author much more difficult and daunting.

I’m sure everyone has a theory for this.  One of mine is that people no longer have the attention span for books.  News and entertainment come at all of us so quickly that we’ve developed a communal ADD.  A book requires time and focus while a movie or TV show can be tossed on while you do something else.  There’s also less effort with watching a screen than reading a book.  Those pages are so hard to turn.  This isn’t all social media too.  Society in general has become so clogged and fast-paced that one thinks it’s a crime to relax.  You ever try to sit down and catch your breath only for a phone to ring, a text to come in, a chore to come up, or remembering you’re at work and on the clock?  Imagine getting reading time into that.  You can do it before you go to bed, but most people will pass out on the book.  We just don’t allow for an activity that requires time and effort these days.

Now, that is just a theory that isn’t flushed out.  There’s a gatekeeping issue that I’ve seen at times too.  You aren’t really into a genre if you haven’t read ‘this book’ or you shouldn’t be into ‘that series’.  Anyone who wants to get into reading or try a new genre could be turned off by these people.  I’m at the point where I’m happy somebody wants to give a book a chance even if it’s one I don’t like.  Heck, that means I can discuss the pros and cons of it with the other person.  Still, we live in a world where people are much easier to dissuade from things.  If anything, it really doesn’t help.

With any luck, I’m simply being pessimistic.  What does everyone else think about the state of reading in our society?  Perhaps it’s just an American issue and my friends in other countries can shed some happier news on this topic.  Please . . . Pretty please?

Charles E. Yallowitz was born, raised, and educated in New York. Then he spent a few years in Florida, realized his fear of alligators, and moved back to the Empire State. When he isn't working hard on his epic fantasy stories, Charles can be found cooking or going on whatever adventure his son has planned for the day. 'Legends of Windemere' is his first series, but it certainly won't be his last.
View all posts by Charles Yallowitz →
This entry was posted in Thoughts and tagged adults, author, books, children, education, fiction, nonfiction, popularity, reading, students, writing. Bookmark the permalink.

62 Responses to Is Reading Still Popular?