Any Volunteers for a Debut Announcement?

Posted on December 7, 2014 by Charles Yallowitz 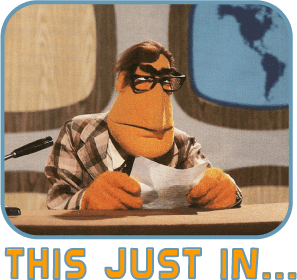 The Newsman from The Muppet Show

After a successful Cover Reveal, I was content to let things coast until the debut of:

Curse of the Dark Wind on December 12th!

Then I realized, I should probably do something on the day of the debut.  Yet I didn’t want to organize a blog tour because those are a lot of work and haven’t had any payoff the last two times.  Besides, people are coming to the holiday time and that’s when scheduling things enters a realm of ‘hit, miss, and oops’.  So what did I come up with while I was painting, eating pizza, and cursing at my GPS?

First, I really should update the maps on the GPS.

Second, I’m going to make another call for volunteers for a BlOG BLAST!  It’s really simple this time.  Here are the steps:

So feel free to raise your hand and volunteer for this simple event.  Again, I’ll be sending the info out on Friday since I won’t have the Amazon site until then.  So spread the word and I’ll be mentioning this again on Wednesday and possibly Thursday.  Hope everyone had a fun weekend.

Charles E. Yallowitz was born, raised, and educated in New York. Then he spent a few years in Florida, realized his fear of alligators, and moved back to the Empire State. When he isn't working hard on his epic fantasy stories, Charles can be found cooking or going on whatever adventure his son has planned for the day. 'Legends of Windemere' is his first series, but it certainly won't be his last.
View all posts by Charles Yallowitz →
This entry was posted in Uncategorized and tagged adventure, advertising, amazon, author, blog tour, blogging, debut, dragons, ebook, epic fantasy, fantasy, fiction, high fantasy, independent author, indie author, kindle, Legends of Windemere, magic, marketing, promotion, publishing, series, volunteers, Windemere, writer, writing. Bookmark the permalink.

33 Responses to Any Volunteers for a Debut Announcement?