Is Racial Homogenization in Fantasy a Problem? 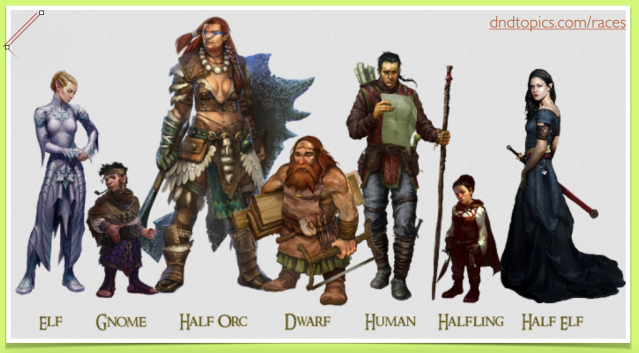 First, what is racial homogeneity?  This is when a neighborhood, city, town, or country has only one race or group.  In the real world, this would be an area that has only Jews or Italians or Jamaicans.  No other groups live in the areas.  At least noticeably and with any real power.  Might be a few outside individuals, but the areas are considered racial homogenous.

Now, how does this relate to fantasy?

Throughout the history of the genre, authors have used racial homogeneity.  This goes back to LOTR where you had humans, dwarves, elves, hobbits, orcs, etc. all neatly divided into their own kingdoms.  Think about it.  Was there any place in Middle Earth that was really diverse?  No because this division was done both culturally and geographically in a way that we still see today.  That would be:

These are some of the greatest tropes of fantasy and they work off racial homogeneity.  It can be explained as opposing cultures that don’t trust each other or lack the ability to function together.  A big difference between reality and fantasy is that you are working with separate races instead of different flavors of human.  This is why people don’t really question the practice.  It makes sense for elves and dwarves to not want to live together, so they stay away or only pass through.  They’re just too different on a biological level even if they got over their cultural differences.

Personally, I find this to be a major cop out.  You can have kingdoms and cities that are racial homogeneous.  It’s just weird to have them be divided across the globe with no overlapping.  None of these races have an interest in making a town where they can live together?  There’s no cultural diffusion where they swap ideas and technology, which would increase the chances of such a region?  Of course, this is undone by having the races hate and distrust each other on some level.  At best, they’ll trade for stuff while continuing to keep their distance.  As an author this makes it easier to demonstrate the various cultures, but it feels rather stunted to me.

One big reason this has seemed odd to me is because half-elves exist.  That right there shows there aren’t genetic connections between at least two races.  Authors have had other crossbreeds while maintaining their racial homogeneity.  These characters tend to be treated as outcasts because they don’t truly belong to either group.  Never signs that these races may have more in common than they realize.  Interracial marriage and relationships are how the homogenous cultures and societies are broken down to be more inclusive, but fantasy authors really fight against this at times.  Not consciously, but you can see that it doesn’t happen nearly as often as it should given the love of half-breeds.

Thinking about Windemere, I realized that I didn’t do a ton of racial homogeneous cities and regions.  Sea elves, winged elves, and chaos elves had their own locations because nobody else could or would live in their areas.  Regular elves live among other kingdoms with no place to call their own.  There’s Nevra Coil, which is mostly gnomes, but it was a new city and I plan on having it be more diverse the next time it’s visited.  Darwin’s hometown of Goldmeadow might be it since it’s all halflings out in the country.  I wanted him to be a little sheltered, but he still seems to know a lot about the different races even though there weren’t any who lived in his village.  Even the nobility of my world may have a combination of races as long as it isn’t a family lineage.  After reading about this subject, I think I’ll try harder to be more diverse too.

My reason for doing this to Windemere is the same reason why I have a single pantheon and don’t have a lot of racism in my world.  There have been so many global catastrophes in Windemere that the races eventually became closer.  You have individuals and groups who don’t go along with that, but the majority don’t.  This is because they’ve had to unite against common enemies multiple times.  After doing that, I found it silly for them to go back to see each other as adversaries.  The Great Cataclysm, the Hejinn, crashing of the magical plane into the physical, Baron Kernaghan, and other events pushed the races of Windemere to the brink of extinction.  At some point, they had to realize that they may have to unite again and some positive connections are needed.  That or they’re all in the same boat regardless of cultural and racial differences.  It’s a really difficult mindset to explain because it’s nothing like what us real humans live with.

So, what do you think about racial homogeneity?

Charles E. Yallowitz was born, raised, and educated in New York. Then he spent a few years in Florida, realized his fear of alligators, and moved back to the Empire State. When he isn't working hard on his epic fantasy stories, Charles can be found cooking or going on whatever adventure his son has planned for the day. 'Legends of Windemere' is his first series, but it certainly won't be his last.
View all posts by Charles Yallowitz →
This entry was posted in Thoughts and tagged author, cultures, dwarves, elves, fantasy, fiction, getting along, gnomes, halflings, humans, magic, orcs, races, racial homogeneity, Windemere, writing. Bookmark the permalink.

22 Responses to Is Racial Homogenization in Fantasy a Problem?