Betrayal by Accident: That Make It Any Better? 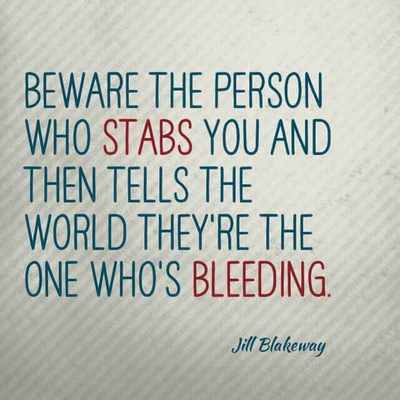 We all hate it when characters turn out to be traitors.  Betrayal is rarely applauded beyond it being a surprise twist.  At least, it should be, but it can be tough.  Many times, a character who turns out to be a traitor is clearly the type and you can see signs that it’s coming.  Audiences cheer for them to meet a messy end because they’ve caused so much pain and damaged the hero’s progress.  So, what about when a betrayal happens by accident?  Is that the same?

This can come in many forms, but the key point is that the character who turns out to be a traitor didn’t do it with evil intentions.  It could be that they saw the betrayal as necessary to protect others or themselves.  Maybe they were doing what they thought was right and it turns out to be a decision that brands them a traitor.  For example, making a deal with a villain to give them what they want in return for the other heroes surviving.  This stems from a desire to not lose friends, so it isn’t evil.  Audiences will say its foolish, stupid, and short-sighted since you don’t trust the villain of a story.  I think this ignores the fact that characters aren’t supposed to act like they’re in a fictional tale.  That’s why these kinds of mistakes happen.

Still, some people will turn rather angrily on these characters.  It can reach a point where they’re hated more than the original villains.  This makes it difficult to push for their redemption in the eyes of the entire audience.  Authors may see this as a reason to not even try, but that may be a mistake.  This is a great arena for character development on all sides:

Foreshadowing might be necessary to show signs that the character has the personality to commit an accidental betrayal.  Instead of making them selfish or evil, an author can go in the opposite direction.  These characters can reach a point where they want the fighting or suffering to end.  Maybe they refuse to let their new friends die, which they fear will happen if they continue.  It can be seen as a lack of faith in others, but it stems from a fear of losing what one truly cares about.  This is why a deal for the safety of others can be a driving force, which is typically something the villain lies about.  If you make it clear that this was not intentional then most readers will come around and be ready for a redemption arc.  They will want to see the traitor back in the fold after either reversing the damage or preventing another loss.

Personally, I enjoy these twists because they can throw off a story and create a lot of character development.  Relationships are strained even among those who were betrayed because of disagreements in how to handle it.  This allows for a story that is going too smoothly or reaching a point where evolution is difficult to get a necessary jolt.  Now, you have more to work with and it isn’t a typical betrayal.  Being an accident creates a different set of emotions and various responses for the audience to follow.  You can’t really leave the traitor alone until the finale because they aren’t a true villain, but they aren’t a hero any more either.  They land in this limbo that they have to pull out of in order to choose a side once more.  Also, I really do enjoy redemption arcs.

What do you think of accidental betrayals?

Charles E. Yallowitz was born, raised, and educated in New York. Then he spent a few years in Florida, realized his fear of alligators, and moved back to the Empire State. When he isn't working hard on his epic fantasy stories, Charles can be found cooking or going on whatever adventure his son has planned for the day. 'Legends of Windemere' is his first series, but it certainly won't be his last.
View all posts by Charles Yallowitz →
This entry was posted in Thoughts and tagged accident, betrayal, characters, fiction, heroes, villains, writing. Bookmark the permalink.

9 Responses to Betrayal by Accident: That Make It Any Better?