How Do I Choose the Length of My Series? 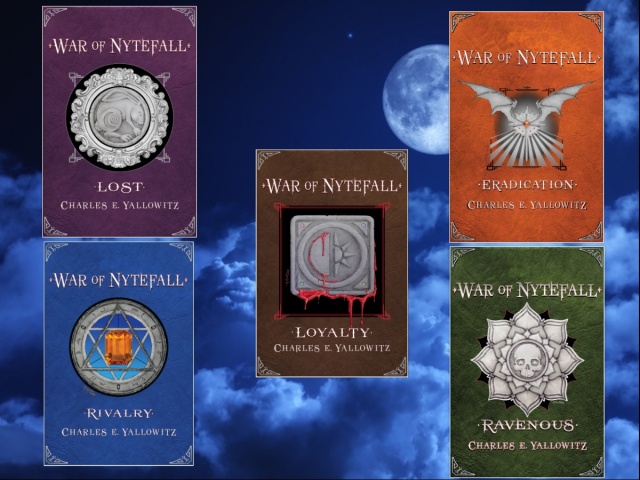 So, I was asked how I chose the length for my series.  With War of Nytefall: Savagery being the 6th volume, I felt now was as good a time as any to explain.  Then again, there isn’t any science behind this.  As much as I organize and plan my series, I don’t really set out saying ‘it will be this long’.  The reason for that is because the plots are grand adventures that can be somewhat open-ended.  Characters drive the action, so they can always create a new volume if I see now.  So, the process goes something like this:

Not the cleanest or simplest path, but that’s how it tends to happen.  War of Nytefall has gone from a trilogy to 12 books to 4 books to limbo to 7 books and finally ending on 8 books.  Legends of Windemere was similar going from 10 to 12 to 14 to 12 to 14 and ending on 15.  This is what can happen with long series.  You may find that a subplot or an unexpected pathway opens up a new volume.  This shouldn’t be forced, but it’s always a possibility.  Honestly, I see this as part of the adventure for an author.  You need to be flexible at various levels and allowing for an extra volume to appear means that you won’t strangle your story for the sake of a rigid plan.  If you can play it off as a spin-off then that’s fine, but you never know if a surprise storyline will appear.

So, how do other authors choose their series lengths?

Charles E. Yallowitz was born, raised, and educated in New York. Then he spent a few years in Florida, realized his fear of alligators, and moved back to the Empire State. When he isn't working hard on his epic fantasy stories, Charles can be found cooking or going on whatever adventure his son has planned for the day. 'Legends of Windemere' is his first series, but it certainly won't be his last.
View all posts by Charles Yallowitz →
This entry was posted in War of Nytefall and tagged action adventure, author, Dawn Fangs, fantasy, Legends of Windemere, length, magic, series, vampires, volumes, War of Nytefall, Windemere, writing. Bookmark the permalink.

8 Responses to How Do I Choose the Length of My Series?