Posted on December 7, 2020 by Charles Yallowitz 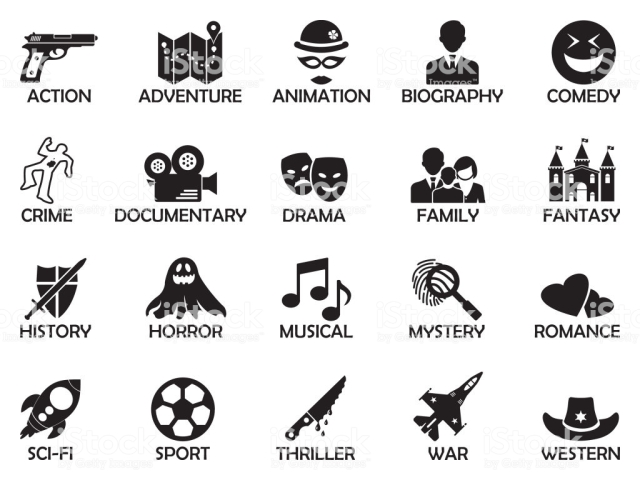 I guess I’ll call this first in a series, but I don’t know how long it will go for.  Maybe only this month or I might carry it over to January if I can think of more comparisons.  The reason for this is because many people think advice given by an author of one genre cannot be used for another.  If I talk about fantasy then it can only be used for fantasy, right?  Not exactly.  Specifics of the genre create a problem, but the core concepts can be used to help any author.  This means, you can read advice here and connect it to what you do.  For example, a magic system doesn’t appear in non-fantasy genres, but learning about it can teach about world consistency.  So, that’s what you’re going to see here for the next 4 Mondays at least.  The genres I’m working with are:

Feel free to suggest any others and I’ll see what I can do.  Now, on to today’s crossover (overview):

While I say crossover, I’m not going to bring up how Romance can be a subplot of Fantasy.  It gets into every genre, which we already know.  Yet, this does mean that they share an important factor.  Whether Romance is the key plot point or one solely for character development, you need to keep those involved consistent.  This goes for anything a character does.  If they change personality and behavior to suit every situation perfectly then it comes off as unrealistic.  You need to design the character and have them act the same throughout.

For example, a hero in Fantasy who starts off as noble and honest shouldn’t lie and cheat at random intervals.  At the very least, this reveals that their original persona was fake, so you have to work with it that way.  You can’t have them jump from one personality to the other in order for them to win while not having them called out on their hypocrisy.  The readers will tear into it, especially if you try to have it that the hero is revered and beloved for their honesty.  Since I know someone may be thinking it, this doesn’t count for a ‘fall from grace’ plot where their hypocrisy is revealed.  I’m only talking about an author who switches gears without any consequences or even notice by those around them.

This example can also be used for Romance.  A love interest that arrives as noble, but cheats whenever it suits them is typically the bad guy.  There is some comeuppance here like there would be with the Fantasy hero.  If you do not have anyone acknowledge that these characters are switching on an author’s whim then it comes off as sloppy.  The lying, cheating love interest typically doesn’t win, especially if they’re found out.  Not unless it’s some kind of dark romantic tragedy or something.  So, you can see that both genres depend a lot on character consistency.

I’ve talked a lot about how you can’t have a halfling go running around with a great maul that is three times their size and ten times their weight.  Not without magic being used as a reason, but that tends to lead to a joke character.  This always boils down to knowing your characters’ abilities and limits.  If you don’t acknowledge these in your head then you will get a hero or villain capable of everything.  Regardless of their size, training, intelligence, magic, strength, speed, or whatever else, they can do it.  Even Superman has weaknesses and limits if written correctly.  Of course, you may think this only has to do with combat and action.  You would be wrong.

Romance requires that you factor in the capabilities of your characters as well.  For this type of story to extend beyond a single chapter, at least one character needs to be missing in some aspect.  They could have social issues, not be that attractive, poor, emotionally damaged, amnesia, clumsy, phobic, allergic, and I can keep going.  There is a weakness that comes up and creates an obstacle for them to either overcome or their love interest to accept.  This means, your romantic leads cannot do everything.  The shy guy can’t suddenly walk up to his crush and begin talking from the beginning.  The girl who has been hurt badly by a cheater should not shrug that off immediately and waltz into a healthy relationship without working through her own stuff.  The poor character can’t suddenly be renting a yacht without a really good explanation.  So, you need to think of what limits they have and stick to those.

This can go for all genres, but let’s look at Fantasy and Romance.  The former doesn’t usually get connected with emotions since many look at it as a child/teen/immature genre based solely around magic and adventure.  Sometimes, it’s more adult by centering on death, politics, and sex.  The point is that many look at Fantasy solely as empty fluff, which is why I talk a lot about characters.  You need the get your readers to connect to the heroes and villains on some level to keep the story going.  Most times, this  is done by keeping things stable for a while then strike with a sad/infuriating loss, and behind the revival of those involved.  It’s a real ‘Phoenix Story Arc’ where we become emotionally invested in those who fall into the flames and then seeing if they can pull themselves out of it.  There are other ways to go about it, but the point is that you need to consider the emotions of the characters and readers.  Create that bridge in order to make your audience feel that they have something to lose or gain along with the characters.

While Fantasy can require this, Romance practically depends on fostering emotions.  You want your readers to become invested in the lovers being together or them breaking apart depending on the target of the story.  A Romance that doesn’t connect to the heart will fall flat.  Just a bunch of words on the page with some of them either hinting at or describing in detail a sex scene.  Stories like this aren’t memorable, which goes for both genres.  You need that connection to succeed here.  An author needs to draw out emotions, especially when those are what are supposed to be demonstrated on the page.  Romance truly depends on human empathy to strike home and Fantasy is not much different.  It isn’t even positive emotions alone.  You can have fear, excitement, doubt, and the whole spectrum of the human heart on display for both types of stories.  So, when any author talks about this even when pertaining to their genre, you can still look at it through your own perspective to see what you can use.

So, what do you think about Fantasy & Romance having similarities?  In fact, do you think advice for one genre can or cannot help with another?

Charles E. Yallowitz was born, raised, and educated in New York. Then he spent a few years in Florida, realized his fear of alligators, and moved back to the Empire State. When he isn't working hard on his epic fantasy stories, Charles can be found cooking or going on whatever adventure his son has planned for the day. 'Legends of Windemere' is his first series, but it certainly won't be his last.
View all posts by Charles Yallowitz →
This entry was posted in Thoughts and tagged adventure, author, crossing over, fantasy, genres, guidelines, love, romance, rules, similarities, writing. Bookmark the permalink.