Posted on November 11, 2020 by Charles Yallowitz

It seems there are so many words out there to denote practitioners of magic.  That’s only the arcane side of things and not the holy ones too.  Imagine if we add priests, priestesses, paladins, druids, and the rest of those who tend to use magic in fantasy.  Even with all of this, people tend to only really use ‘Wizard’ and I put the blame squarely on these two: 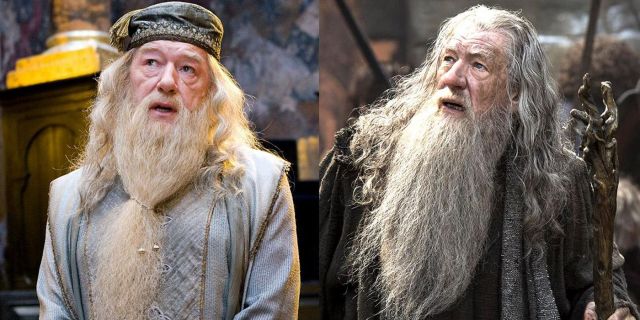 Because of the popularity of certain fantasy series, people tend to only use wizard and not even acknowledge the others.  It gets even messier when you factor in some Harry Potter fans accusing Tolkien of plagiarism, especially when it comes to the Hocus and Pocus up there.  Let’s not get into that one because it really only shows how many people don’t bother learning the history of the genre.  That and how they can’t look up which series came first.  In the end, we find that potential readers seem to adhere to a single phrase for certain things and then get angry when it appears everywhere.  Any authors who try to stand out can cause confusion.

Which brings me to the word I use: Caster.

Early on when I started writing Legends of Windemere, I found that I was switching terms a lot.  Some people who read my stories and didn’t know fantasy thought the terms each pointed to a different thing.  I changed them all to ‘magic-user’, which was frustrating and kind of lame to use.  I mean, someone who uses an enchanted spoon to make soup could technically be a ‘magic-user’.  I considered going to ‘Wizard’, but I didn’t think it would be smart to get that close to Potter terminology.  So, I sat down before I published Beginning of a Hero and thought about what to do.  My train of thought went like this:

It’s the same logic though.  Spellcaster is a term and it got shortened to caster, which I add to other schools.  Song Casters and Necrocasters are two examples.  You can go with unique names for specialties too like the Chronos, Channelers, and Slumberlord since they are fairly unique.  Yet, you do need a general name and ‘Wizard’ is so popular that it doesn’t have an impact.  To come up with something unique, you really need to analyze your fantasy world and take everything into account.  Windemere is very magical with it being everywhere, so a casual and non-flashy term such as ‘Caster’ works.  It really does sound like a job in a way, which it can looked at as.  That isn’t to say it always hits the right note either.  Still, I think I’ve done better than others.

I’ve read several fantasy books where authors create their own languages and one of the words is something they use to refer to Magicians/Wizards/Witches/etc.  A lot of it depends on how you introduce and use the word.  Having it only be in narration and not dialogue can hurt because it doesn’t feel natural.  It would be like the narrator saying ‘plumber’ while the characters used other terms to describe the guy fixing the toilet that they broke.  The denizens of your fantasy world need to use all created words when appropriate or it falls flat.  This is exceptionally true with these characters because you know they’re going to be in the action.  Also, they’re bound to be questioned or explained since we lack magic in our world.

If you’re going to create a term for something that we all know then you have to give it some depth.  You need to make it part of the world for it to stick.  Science fiction uses fake science terms all the time and historical fiction can fudge things a bit.  Both of those genres get taken to task for terminology and it’s done a lot more than fantasy, which has a bit more freedom.  Even if you come up with the term on the fly and don’t have a way to flush it out in that specific scene, you can always have a brief conversation to explain it.  This is a big reason why I always have the ‘questioning’ character in my stories because it allows for the readers to be taught as well.  You really do need something like this when using a new term for something common.  Depending on a reader to make the connection doesn’t always work or can get the wrong result if they think you’re being cute.  Doesn’t have to be an info dump, but there should be something.

All of this being said, an author shouldn’t feel forced to create their own term.  I went with ‘Caster’ because I wanted a single word to stand out and, quite frankly, nothing else seemed to fit Windemere for me.  That’s just me.  Plenty of authors use ‘Wizard’ and it’s been the top choice for decades if not centuries since we’ve got Merlin.  You also have variations that denote gender like ‘Sorcerer’ and ‘Sorceress’ if you want to make that kind of split.  There is a use for all of the terms and you can use them to all if you wish.  Maybe you’re world has a different role/school for each one.  You could not want to bother with this aspect and stick to ‘Wizard’.  It’s really up to you in the end.  As long as you make it work for your world and remain CONSISTENT, it should work out.

Charles E. Yallowitz was born, raised, and educated in New York. Then he spent a few years in Florida, realized his fear of alligators, and moved back to the Empire State. When he isn't working hard on his epic fantasy stories, Charles can be found cooking or going on whatever adventure his son has planned for the day. 'Legends of Windemere' is his first series, but it certainly won't be his last.
View all posts by Charles Yallowitz →
This entry was posted in Legends of Windemere, Thoughts and tagged author, caster, enchantress, fantasy, fiction, Legends of Windemere, magic-user, magician, sorcerer, sorceress, spellcaster, warlock, witch, wizard, writing. Bookmark the permalink.