Renald the Enforcer of Desirae’s Domain 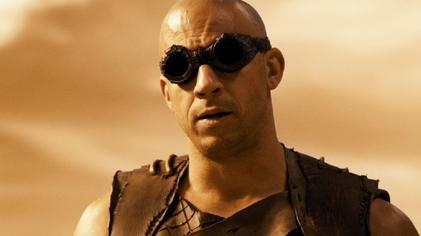 This might be a shorter post than intended, but I always introduce my new characters.  I can’t leave Renald out for how I made him.  War of Nytefall: Ravenous wouldn’t work without him.  Sure, his scenes are limited and the way Desirae does business means he is highly restrained.  There’s really only one part where he gets to cut loose and it’s the favorite one I’ve written for him.  All that being said, he can be an interesting figure if you do a comparison.

Renald is a Dawn Fang created by Desirae Duvall to be her bodyguard, enforcer, hitman, and manual labor source.  His powers aren’t essential to the overall plot like Desirae’s, so I can explain them.  They differ in usefulness.  He can turn his mind over to pure instinct, which makes it hard for telepaths to sense him.  He can turn his skin into stone, which he doesn’t do very often because it can slow him down.  The big one is that he can create 2-3 doubles that can travel far away from him and he gains their experiences when he reabsorbs them.  The big thing with him is that he’s a highly skilled fighter, so he depends more on his combat ability than his powers.  You get the sense that he doesn’t even acknowledge that he’s a Dawn Fang.  At least, you could if he showed any emotion, which is why he is a challenge to write about and use.

I went with the cold, stoic killer with Renald, which means he is simply there a lot of the times.  He reveals a presence when intimidating or fighting, but many of his scenes are him being talked to by Desirae.  With her being highly emotive and vivid, he probably pales in comparison and fades further into the background than I realized.  I tried to improve on this, but giving him emotions didn’t feel right.  So, I stuck with him being almost robotic and to the point.  This doesn’t really allow for a character to be the focus of a scene, but I found a few good uses for him.  Beyond the fighting enforcer that trounces several other characters.  Guess there are just some character personalities that work for the story, but the downside is limited exposure.  Then again, he’s a sidekick/minion type, which means he won’t be around as much as Desirae.  Personality of a cinder-block definitely functions better for him in this capacity.

It’s similar to Dean Pendrac in War of Nytefall: Rivalry.  Renald and Dean are both sidekicks to the main villain, but there is certainly more of a story for the latter.  Dean was ostracized from vampire society and joined with Jewelz to teach her about their society, but she went in another direction.  He has stayed with her out of loyalty and tried to redirect her when he can.  There’s some independence with him.  Renald follows orders and occasionally counters Desirae.  It isn’t even that he has no personal thoughts, but he doesn’t care.  He got his position by winning a tournament of death matches and does come off that he’s happy to kill even if he doesn’t show it.  That’s why an alternate name I used for him is the ‘killer’ or ‘serial killer’.  Renald picks his targets carefully and sees murder as a job, but I do sense that he enjoys it.  Similar to Archillious, but Renald knows now to display his glee.  So, one could say he’s a combo of Archillious and Dean, but that doesn’t fully work.

Get the sense that I’m not painting Renald with the best brush.  It’s because he’s really hard to explain since he’s always been a secondary character.  Usually, I had him working for Desirae or he’d be a one story agent hired by Xaiver.  His purpose was always to be a killer that squared off against one Clyde’s friends instead of the main hero himself.  I could never get him to rise higher than that without losing something.  There were a few times when I retired him, but I always brought him back when I needed a physical threat that didn’t eat away the time with dialogue.  Sometimes, you just need a fighter type to be used by the higher ranked villains.  Doesn’t make them any less important than characters like Titus Winthrop, Luther Grathan, and Bob.

Thinking about it, the influence of Renald might be another part of the issue.  The same friend who played Kenneth Decker designed an assassin in ‘Vampire: The Masquerade’ to use later.  I wasn’t in the game for long, but I remember the character started very cold and emotionless like Renald is.  Then, he began acting like a soldier (Decker) and the original concept wasn’t really assassin-like.  I had to leave the game right around that time, so I never got a feel for the original.  All I remember is that having a vampiric killer with no emotion would be an interesting concept.  Just never got the hook that I did with other characters.  Oh well.  Renald does what I need him to do.  That’s really all we can expect from some of the voices in our head.

Charles E. Yallowitz was born, raised, and educated in New York. Then he spent a few years in Florida, realized his fear of alligators, and moved back to the Empire State. When he isn't working hard on his epic fantasy stories, Charles can be found cooking or going on whatever adventure his son has planned for the day. 'Legends of Windemere' is his first series, but it certainly won't be his last.
View all posts by Charles Yallowitz →
This entry was posted in War of Nytefall and tagged assassins, Clyde, Dawn Fangs, Desirae, fantasy, Ravenous, Renald, supporting cast, sword & sorcery, vampires, War of Nytefall, warriors, Windemere. Bookmark the permalink.

7 Responses to Renald the Enforcer of Desirae’s Domain