Does Clyde Possess Any Humanity?

Posted on February 14, 2020 by Charles Yallowitz 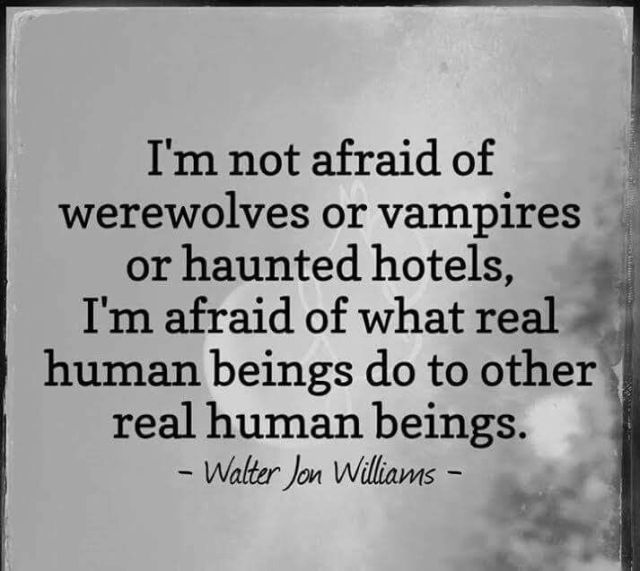 War of Nytefall: Eradication will delve a little into this question.  You can get a feeling that he does because he’ll show some fear.  There’s another event that will cause Clyde to act incredibly human.  Yet, I believe there have been other humanizing scenes with him that many ignore.  At least if they’ve read the book.  If they don’t then they look at his action teasers here and assume he’s nothing more than a destructive monster with no morality.  Is this true?

Nope, but it may be complicated.

You see, a big part of War of Nytefall is about Clyde retaining his humanity.  He is incredibly powerful and has a battle lust that drives him to hunt for strong opponents.  It is a big problem for someone who is trying to lead a new race of vampires and prove that they are not a threat to mortals.  The times that he releases this side is bloody, violent, and savage, so it sticks in your memory.  It overshadows the times that he is talking, planning, or doing anything other than destroying.  Perhaps it’s like how we see predators.  In reality, they are more scared of humans and harmless as long as you don’t provoke them.  Yet, we always make them bloodthirsty and vicious in our minds.  Clyde may not be scared of others, but he certainly isn’t uncontrollable destructive.  Otherwise, he would have leveled Nyte, murdered all his enemies, and ended the series halfway through War of Nytefall: Loyalty.

While it isn’t harped on, there are times when Clyde talks about his humanity.  It isn’t direct, but you can get an idea of what’s going on inside him.  The best way to explain it is that he knows what is wrong with him, but doesn’t want to speak about it in blunt terms because he could scare others.  Yet, all of them know that they have to be on the lookout for him to go over the edge.  Clyde’s connections to Mab, Chastity, Gregorio, and the Vengeance Hounds help ground him, especially that first one.  He focuses his power on protecting them, so it gives his destructive instincts a purpose.  It isn’t him being a monster, but defending his family.  If he goes too far and can’t come back then Mab is under orders to eliminate him immediately.  There are times when he acts like this is an inevitability too.  I think all of this shows that there is a lot of humanity in Clyde even though he considers himself a monster.

Unfortunately, it is difficult to portray this in a subtle fashion.  People miss his comments and concerns that reveal his inner turmoil.  He keeps up a mask of confidence and some arrogance, which can trick everyone.  I can’t make Clyde very sensitive or he’ll lose too much of his edge.  He needs to be monstrous to some degree in order to keep the threat of him going berserk around.  The balance is a challenge because I can’t keep it consistent and stable.  If it wasn’t rocking back and forth, it would be under control and Clyde would not be worried.  That ends the story too because his own fear of turning into a full monster restrains his actions.  One could say that his enemies are being protected by this issue because he doesn’t know if killing one would start a domino effect.

As the series progresses, I hope to make this a bit clearer without being blunt.  Events will happen that will push Clyde closer to that edge and further away from it.  Hopefully, it all works out in the end and people are happy with his fate.

Charles E. Yallowitz was born, raised, and educated in New York. Then he spent a few years in Florida, realized his fear of alligators, and moved back to the Empire State. When he isn't working hard on his epic fantasy stories, Charles can be found cooking or going on whatever adventure his son has planned for the day. 'Legends of Windemere' is his first series, but it certainly won't be his last.
View all posts by Charles Yallowitz →
This entry was posted in War of Nytefall and tagged Clyde, Dawn Fangs, heart, humanity, humans, monsters, spirit, vampires, War of Nytefall, Windemere. Bookmark the permalink.

10 Responses to Does Clyde Possess Any Humanity?