A 3-Day Weekend To Wri . . . Is It the Thought that Counts Here? (Big, Angry Rant Because I Think I’m About Done)

Posted on November 9, 2019 by Charles Yallowitz

(This post started comically and with good humor, but then it took a big turn.  You’ll see why.)

Last weekend was fun with the little guy around.  I managed to finish a chapter section that was in limbo last Saturday and that was pretty much where my writing life ended for the rest of the week.  Promised some video game time with my son if he did extra reading and finished his drum practice without a problem.  Put together a big LEGO set, jumped in the leaves, and found a hiding place for a moth that he found in the leaves.  That was the whole weekend, so no time for writing.

Now, I have a 3-day weekend and my son is with his mother, which means starting Friday night-

Never mind.  I have a get together with some coworkers and I’ve had to miss the last few attempts, so I’m definitely there.  That means on Saturday morning-

Due to a situation, I have my son for Friday night and that means getting him to his Saturday morning classes.  This situation meant I couldn’t write on Wednesday and Thursday night either, but extra son time.  At least I have Saturday afternoon-

A friend needs help packing and moving stuff.  I’d feel like an asshole if I left them in the lurch for my writing.  So, Saturday is out unless I write at night.  There’s Sunday when-

A role-playing game that my friend has been trying to gather people for is supposed to happen.  I still get the morning for a little, but there’s laundry time needed.  No afternoon or evening, but I’ve got Monday . . . Anything?

That’s pretty much the way things went this week.  I thought I’d get a few writing nights in, but things kept going wrong.  I was depending on the 3-day weekend, which has shrunk from a 3 chapter weekend to 1-1.5 at best.  I’m going to enjoy the party, the game, and helping my friend, but it does feel like something always comes up when I put away some writing time.  The next big chance I have to write is the last week in December when I’m off from work and my son is with his mom.  Unfortunately, my room is set to be painted, so I’m losing my writing space. I need to help with the painting too, which could take the entire week.  That brings it from a 5-7 chapter week to a . . . I’m starting to see why some authors became recluses.

Seriously, I know people are going to say to carve out what little time I can get or that I’ll get some free . . . WHY AM I GETTING RAPID FIRE TEXTED BY EVERYONE AT IT’S NIGHTTIME?!  You see what I have to deal with here?  I can’t even write a post without there being a barrage from people.  In this situation, one I understand because I started the conversation.  The other is something that isn’t urgent.  This is a really rough situation too because I don’t want to be antisocial or leave people in a bad spot.  Yet, I’m starting to put myself in a bad spot in terms of writing.  Nothing gets done.  No progress is being made unless you count backwards.  The last 5-6 years are going to rot because I can’t do anything else.  There is no positive here because an author who can’t write isn’t much of an author.  I know I do these rants every weekend, but for FUCKS SAKE I can’t get a damn break!  By the time I get free time, I’m too exhausted or sick to do anything.  The fact that a full week of my break has already been claimed feels like the universe wants me to shatter and become some soulless drone.  Why do I even try to believe that 2020 will be any different since NOTHING will be different with my situation?  Hell, I think it’s actually starting to get worse because now NOBODY on this side of the computer takes me seriously as an author.  If I’m not talking about my teaching career then they don’t want to hear about it.

I found this at a liquor store this week and will probably buy it at some point: 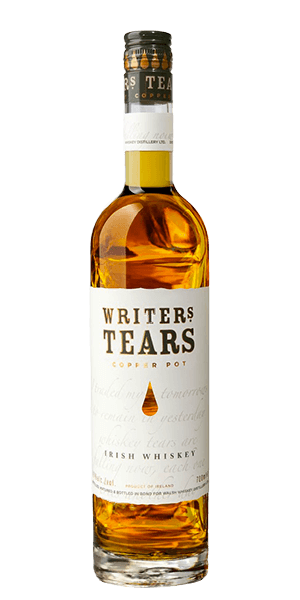 That’s a real thing for about $35.  Think I’ll buy it, gradually finish it off, and then refill the bottle with saltwater.  Unless I can cry enough to refill it with actual tears.  Unless a big break happens with little to no action on my part, I starting to think I’m fooling myself at this point.

Goals of the week?  I got nothing.  What’s the point anyway?  It isn’t like I’ll hit any of the writing ones and the rest are given.

Charles E. Yallowitz was born, raised, and educated in New York. Then he spent a few years in Florida, realized his fear of alligators, and moved back to the Empire State. When he isn't working hard on his epic fantasy stories, Charles can be found cooking or going on whatever adventure his son has planned for the day. 'Legends of Windemere' is his first series, but it certainly won't be his last.
View all posts by Charles Yallowitz →
This entry was posted in Goal Posts and tagged frustration, goals, no goals, tears, writing. Bookmark the permalink.

26 Responses to A 3-Day Weekend To Wri . . . Is It the Thought that Counts Here? (Big, Angry Rant Because I Think I’m About Done)