Posted on October 18, 2019 by Charles Yallowitz 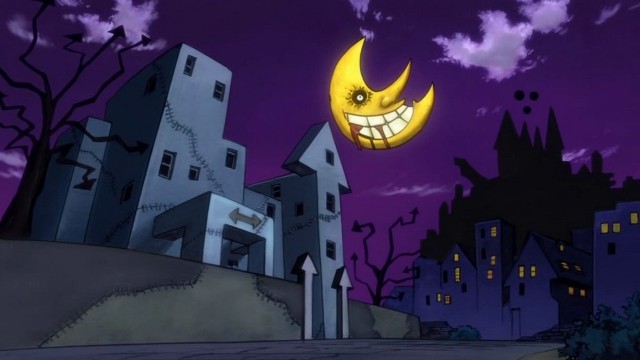 Let’s see what’s been cooked up this time!

The first three monsters were donated by Elyan White:

Thriving on the Tagycal River, these predators primarily eat the small monkeys and many of the wading birds species that live in the region.  They are reptilian with golden scales on their backs that mimic the sunlight on the water.  When there is no light, they roll onto their backs, which are black to watch the murky river.  In this position, they can twist their heads most of the way around, but not for more than ten minutes.  Because of this, they only assume this hunting position when they hear prey nearby.  Using their powerful tail to propel themselves, the Gardeghivals strike with their toothless mouths that are wider than their bodies.  Since they have small throats, they need to crush their prey between their sturdy palates to make it fit.  This can take anywhere from five minutes to an hour depending on what they are eating.

A bush that has silver leaves, the Forsythfilal is a cornerstone of the Inalfa Plains’ ecosystem.  While each plant lives far from each other, they are actually all connected by a shared root system that spans the entire region.  This network keeps the soil in place when the powerful winds blow and provide food for the burrowing animals.  Growing twenty feet every day, they are able to withstand being a common food source.  The Forsythfilal takes in very little water, which allows most of the sporadic rainfall to go to the grasses and short trees. Whenever a major storm is approaching, the leaves will shake and release a high-pitched ringing that give the animals a warning to hide.  Those that do not burrow or reach one of the rocky outcroppings can hide within the immovable bush.  Only a few animals eat the leaves, but four of them can keep an elephant fed for a day since they are very dense and filling for their size.  It is believed that the Forsythfilal birthed the other plants in the area due to commonalities in their DNA.

A rare beast of the Qiltqip island, there are thought to be only nine of them still in existence.  They have not lost their habitat or suffered from disease, so nobody is sure why their population dropped so low on such a large island.  The Ligengqen are very furry with each member being a different color.  They only share the same white circles around their tiny, black eyes.  Six arms end in claws that are sticky on the bottom and allow them to travel through the trees.  While not as slow as a sloth, they are not fast unless they feel threatened.  If they perceive danger then they leap high above the canopy and disappear in a puff of smoke.  Lack of predators makes it unclear why they have this defense, but some fishermen from the neighboring islands believe this is a suicide.  It is rumored that there are only ever nine Ligengqen and they vanish when discovered only to be reborn when the threat has moved on.  It has been noted that the vegetation wilts slightly and loses color for an hour after one of these beasts disappear.

The next three beasts have been donated by Chelsea Owens:

There is only one of these in the world and it got its name people thought it was a land mass instead of an animal.  This enormous slug has covered its body in enough dirt that plants have grown all over it.  There are trees that are perpendicular to the ground and a grove of orange trees on top of what is believed to be its head.  The eye stalks appear only when it is moving and that happens once every three years.  On top of the Pothymarsh, are deep pools that are home to many animals and plants you would normally find in a saltwater marsh.  The big difference that had people stumped until the beast moved is that they were filled with a thin slime instead of water.  This muck is a murky white and drains salt from the main body to prevent it from drying out.  Moisture is absorbed from the ground, so the areas around the Pothymarsh tend to be turned into deserts or dry grasslands.

A distant relative of the Gelada Baboon, this animal lives in arctic areas, which means it has thicker hair and no exposed parts.  Instead of having a red rump, the Barisconk has a large bulb on the end of its tail.  To handle the slippery landscape, their feet are wide and have barbs that can be extended for sudden stops.  The undersides of their feet are thick, leathery, and are always frigid.  Frostbite is avoided by their blood being incredibly hot and pushed through the body quickly.  The Barisconk move in groups of 40-50 and feed off penguins and seals.  Being weak swimmers, they catch prey by bashing through ice with fists that are three times the size of a gorilla’s and harder than steel.  They drop their tails into the water like a fishing rod and watch for passing animals.  The bulb can deliver a powerful blast of heat that will shock animals long enough for the Barisconk to get them out of the water.  This is typically done by the fisherman going under and the others making a ladder where each one holds the tail of the other.  If they catch the slightest scent of a polar bear or orca, they entire group will retreat at least three miles away from the area.

Standing at sixteen feet tall, these gangly animals travel through the desert in a single line that never breaks.  They are never seen to stop for food or divert from their path, which nobody has been able to trace.  Most pursuers have lost these creatures in sandstorms that strike if followed for more than an hour.  All attempts to get close have been met with failure as they Largevest are always at a distance.  This is why many believe they are nothing more than mirages.  Yet, footprints have been found, each one having three front claws and a rear one.  A furrow in the middle could be from a tail, but the figures seen never show such a body part.  It is difficult to say because they are nothing more than large shadows with barely recognizable arms that swing slightly.  Theories have included spirits of those who died in the desert, a cursed tribe, and dinosaur/human hybrids that have been searching for a home since the last Ice Age.

Charles E. Yallowitz was born, raised, and educated in New York. Then he spent a few years in Florida, realized his fear of alligators, and moved back to the Empire State. When he isn't working hard on his epic fantasy stories, Charles can be found cooking or going on whatever adventure his son has planned for the day. 'Legends of Windemere' is his first series, but it certainly won't be his last.
View all posts by Charles Yallowitz →
This entry was posted in Monster Maker Fun and tagged animals, creatures, fantasy, fiction, halloween, monster maker, monsters, october. Bookmark the permalink.