Posted on October 26, 2018 by Charles Yallowitz 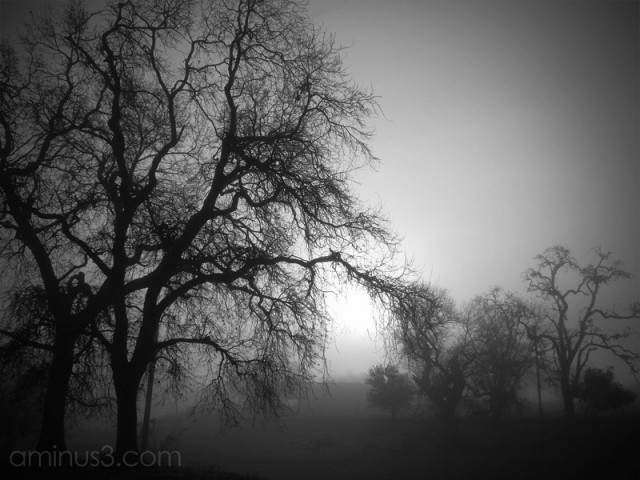 Covered in cuts and missing an eye, Dawn stands gasping for air and clinging to the blood-soaked satchel. Her shoulders are numb from wielding the heavy weapon and she swears that at least one tendon has snapped. Turning in a circle, she gazes at the sea of ravens that is already sinking into the sand. Most of the birds are dead, but the exhausted woman can still see a few twitching wings. She considers going to put them out of their misery until her knees buckle and she drops the satchel. With a loud sucking noise, the desert devours the bag and releases a tiny belch at Dawn’s feet. Staring at the shifting earth, she gives in to her fatigue and flops onto her back. The feeling of bloody sand sticking to her matted hair is enough to make her sit up and scratch at her scalp. She stops when she pulls away a piece of skin that one of the ravens had nearly torn off at some point during the hours of battle. Seeing the tattered scrap between her bruised and callused fingers, she closes her remaining eye and waits to see if sleep or death will save her from reality.

It is the jingle of metal that causes Dawn to stir a few minutes later and witness the sun sinking below the horizon. The moon is a second behind the blazing orb and comes to a screeching stop directly above the woman. She sighs when the ravens emerge alive and whole from the sand, the flock taking to the air without a sound. The birds blend into the starless sky and stay away from the two beams of moonlight that pierce the darkness. One of the ephemeral shafts lands on Dawn while the second goes into the distance. She can see that it is slowly moving closer, which means someone is approaching. Lacking the strength to worry or fight whatever is coming her way, she lies down with her arms folded across her chest. The itching of her wounds causes her nose to twitch, but she refuses to give in to the sensation. By the time she hears footsteps on the sand, her entire body is shivering and twitching from the pain that has finally set into every cell.

“Now we really are mirror images,” Addison says as the moonbeams merge. Having taken the form of an old woman, she leans on Gemma to help her walk. “I thought this body would put you at ease, but I think I wasted my time. It was going to be a whole production. You running from my friends until you see a shack on top of a cliff. You scale the wall while getting pecked and I give you sanctuary. We eat and drink throughout the night to become friends. Then, I give you advice that makes it clear that we should become one once more. It would have been so much fun, but you had to ruin it by being angry and brave. To make things clear, I wanted to leave the child along. I have my kitty, so I don’t see why you shouldn’t have a pet. I’d have happily adopted her after you were gone.”

“Nothing you say can make me agree to join with you,” Dawn replies before coughing up a jet of blood. The jerky motion causes her more pain and she arches her back until the agony subsides. “There’s one thing I could never figure out this world. How could you have let things get this far? I understand Ian going berserk since he’s truly psychotic, but you always wanted to have fun with humans. Sure, the games were lethal, but you would never go to the point of genocide. So, why didn’t you stop any of this?”

“Because I underestimated my enemy?” she states while returning to her youthful form. A gray hair remains dangling down the middle of her face and she bats at it like a distracted cat for a minute. “You keep asking me questions that only you can answer. I lack the focus and spark of sanity to think beyond the now. Not that you were helping much when this started anyway. I remember a lot of warnings with very few suggestions. Why didn’t you try to stop any of this while you were in my head?”

Annoyed by the accusation, the injured woman struggles to her feet and winces when her left shoulder becomes dislocated. “You never listened to me. By the time, I’d given up on getting anything more than a slight reining in of your impulses. I know losing me means you can’t focus and a shiny rock can draw you out of a battle, but none of this is my fault. Even if I told you how to stop Ian years ago, I doubt you’d have listened. He was the puppy that you could play with and you didn’t care that the world was getting ruined. Just as long as Addison gets a few laughs, the rest of existence go to hell and beyond. I dare you to tell me that I’m wrong, you self-centered overpowered toddler!”

“I have breasts and-”

“I wouldn’t be an idiot if you came back.”

“Of course you would because you ignored me all the time.”

A surge of pain drives Dawn to the ground, her arms unable to stop her from landing face-first in the sand. Blood seeps from her mouth, which makes her fear that the ravens managed to punctured her organs. Desperate to get back to her feet and face her other side, she squirms and twists on the ground. She finally gives up when she pops several blood vessels in her remaining eye and the entire world takes on a crimson hue. With a whimper, Dawn stretches out and presses her face to the sand to avoid looking at Addison. She cannot do anything when she senses someone standing over her and the fear of being absorbed sticks in her mind. The possibility of her defiance being the only thing keeping her safe all these years becomes more logical as she mulls it over. Memories of being nothing more than a bodiless voice in a chaotic landscape of color makes her quiver, which snaps one of her ribs. The break jogs her senses to the point where she wonders how the ravens caused so much damage with their small beaks and talons. A renewed rage begins to grow in her chest, but she finds it impossible to use it to push through the pain. When a plastic arm moves under her arms and helps her stand, Dawn is nothing more than a limp and angry woman on the verge of death.

“I believe you have gone too far,” Gemma states, her mannequin side cradling the human like a large child. She runs a finger down the seam between flesh and plastic, which causes a line of blood to appear. “At least remove the poison that is eating away at her. The cuts and bruises should have been enough to make her regret having flesh. I know you are still angry about her leaving, but she is right. You acted like she was a hindrance, which is why she decided to leave so long ago. Need I remind you that she didn’t do this alone.”

“You’re not supposed to say that when she’s awake,” Addison whispers with a demure smile. Giving in to her annoyance, she turns Gemma into a red-haired hat rack and watches as her sane double falls to the sand. “She’s talking nonsense. I mean, the desert heat must have melted her plastic parts and you know how toxic that can be. To think that I’ve known all this time that you’re the one who caused our separation. Sure, I’d be the type to wipe your memory out of anger while letting you remain because it meant the nagging would end. What kind of a person do you take me for? Yes, I guess having you walking among the humans could give them insight into myself and Ian. Possibly even find a way to stop this fight since I was having too much fun. Maybe I created the rumor about there being a haven, but I kept mixing up the name and forgetting to mention that it was a person instead of a place.”

“What?” Dawn asks from the ground. With a snap of her double’s fingers, her bones heal and she is able to stand in spite of the blood seeping from her wounds. “All of that is the truth because you’re smiling too much. My freedom and life has been one big game. Not only for myself, but for all of humanity? You let me stay in that forest instead of being this haven and helping everyone? Give me more answers!”

Creating a silver eyepatch in her palm, the reality-bender slaps it on the woman’s face and waits for the scream to stop echoing. “You’re welcome and stop being rude. As you can see, we can touch without merging, which is a lie that I’ve had fun maintaining as punishment for you being such a brat. Every day I had to listen to you whine about us hurting humanity with our games. I said that if you were so concerned then you should do something about it. So, you told me to give you a speck of control during our next fight with Ian. Figured it would be funny, but you got the last laugh. Used the tiny, itty bitty, teensy weensy bit of power to steal enough of Ian’s power to knock yourself free. He thought he did it, I thought I burped, and you ran away like a naked coward. I’d say you made it a few miles before I caught up to make you important and wipe your memory of being the architect of your own birth. So, do you give yourself presents on Mother’s and Father’s Day or do you pick one per year?”

“Why make me the haven instead of absorbing me?”

“Because I thought it would be fun.”

“Then you should have let me play the part.”

“That does tend to be more entertaining.”

“And that’s what you care about more than anything else.”

“You have a good point.”

“Don’t be cocky when you’re bleeding all over my desert,” Addison says with a yawn. A clap over her head causes Dawn to disappear with only her wounds left hovering in the air. “I want to see how you handle being a source of salvation. Even I know it won’t be nearly as easy as you think. Do over time again!”

Charles E. Yallowitz was born, raised, and educated in New York. Then he spent a few years in Florida, realized his fear of alligators, and moved back to the Empire State. When he isn't working hard on his epic fantasy stories, Charles can be found cooking or going on whatever adventure his son has planned for the day. 'Legends of Windemere' is his first series, but it certainly won't be his last.
View all posts by Charles Yallowitz →
This entry was posted in Raven's Wrath and tagged Dawn Addison, dystopia, eerie, fiction, ghosts, halloween, horror, humanity, monsters, paranormal, post-apocalyptic, Raven Series, Raven's Wrath, supernatural, survival, thriller, writing. Bookmark the permalink.