Posted on October 14, 2018 by Charles Yallowitz

(For those who time traveled the wrong way, here’s your fix.) 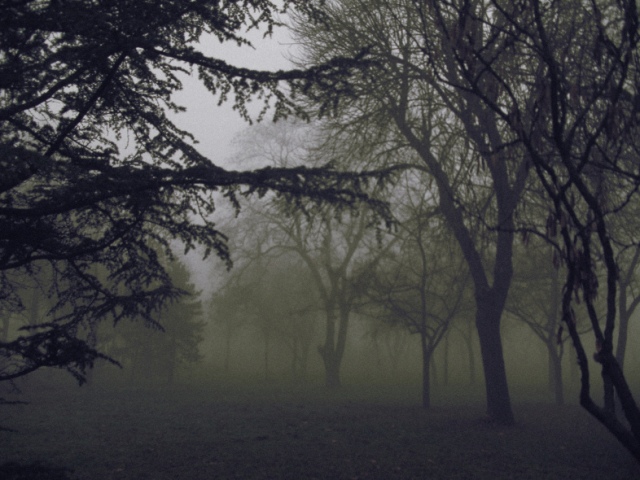 Another scream rings out from the towering reeds to the right, which shiver as a woman is sent hurtling out of the cover. Dawn lifts her rifle and fires an instant before a slimy tongue bursts out of a swamp. The bullet knocks the stretching body part to the side, but another erupts from farther away to snag the flailing hunter. Missing an arm, the man with two harpoon guns comes charging out of a patch of oaks that are throwing acorns at him. A hand rises from the dirt and grows claws to neatly slice both of his Achilles tendons and four more emerge to catch his falling body. The tear him to pieces and fling the chunks into the nearby ponds to attract goldfish that glitter beneath the water. Two hunters catch sight of the shimmering colors and are drawn to edge where they kneel. Dawn fires at the mud between them in the hopes of snapping the pair out of their stupor, but they only gaze at him in silence. The fish begin spitting at them, the strange liquid gradually turning them into wooden statues. Hearing movement in the bushes behind her, the brown-haired woman whirls around and prepares to fire at whatever creature is approaching. A tiny mouse leaps from the leaves, but she shoots anyway and watches the animal explode into more gore than its tiny body should have held. Heavier footsteps cause her to turn to the left and she nearly shoots Trent in the face, the man’s hands flying up so quickly that he tosses his pistol into the pond. They are about to talk when a blast of hot air slams the area from above and flattens all of the reeds. No longer hidden from view, the remaining hunters can be seen falling into a wide variety of deathtraps.

Fearing that they are too exposed, Dawn grabs Trent by the wrist and tries to run back to the camp. The path moves beneath her feet like a conveyor belt and turns her towards a patch of trees that hold watermelon-sized pears. Sensing that there is a problem, she tries to jump into a space between two thorn bushes. She stops when she spots a hunter’s legs kicking a few feet away from the opening, a swarm of hungry roses tearing into the man. Lifting her gun, Dawn uses the scope to search for anything that she can destroy to stop the ground. She knows it is a pointless hope, but the attempt helps keep her calm and alert. Out of morbid curiosity, she shoots several of the fruit and watches as ghosts emerge from the blasts of crimson mist. The specters howl and race into the sky where they disappear into the clouds. A constant click from the rifle causes Dawn to throw the weapon away an instant before it curls into a ball and bounces into the distance. As she enters the forest, she is mildly surprised by Trent grabbing her by the arms and turning her towards a metal-walled cube. The door swings up to reveal a broom closet that is caked in dried blood.

“I’m not even sure how much of that is mine,” Ian claims as he appears next to the two hunters. Reaching out to run a finger along Dawn’s arm, he gags and coughs as if he is about to puke. “I think our meeting is long overdue. To be honest, I considered approaching you years ago, but I didn’t want to draw you out of your home. Best to keep you away from the events that will forever shape this dismal world. I am very curious. Do you have an urge to call me a puppy or tease me? What tics do the two freaks share? I know you don’t have any of her powers, but it’s fascinating that losing you has weakened her so much. Why did you bother to come out of your forest, fake one?”

“Any sane person would help a child in need,” Dawn replies as she struggles against Trent’s grip. She freezes when the reality-bender takes her by the chin and stares at her with swirling eyes of silver. “I notice you’re wearing the drab clothes from Raven’s Hold. There a reason you don’t stay in your suits for very long? If I didn’t know any better, I’d think you missed the old days when Addison was messing with your head. That would explain why you created a double of Corvus. Did you really think I’d care about my insane self’s imaginary husband? I was the voice in her head screaming for her to erase him in the first place.”

The rustling of leaves is enough of a warning for Dawn to abruptly pushes herself back, which knocks Trent off-balance. She narrowly avoids getting smashed by a figure who leaves a burning hole in the ground. The strange woman’s left side is flesh and blood with tufts of red hair sticking out of the pale scalp. Humming gently with every movement, the right side of Ian’s assistant is robotic with weapons that Dawn barely recognizes as coming from a variety of old movies. It takes her a moment to realize that she is looking at the other half of Gemma Cooke, the human face having been distorted by armor plating beneath the skin. With a grinding snarl, the cyborg rushes forward with a punch that Ian pretends to stop with a lackluster stretch of his arm. Going limp, Dawn drops herself forward to pull Trent into the strike and she closes her eyes in preparation for a painful ejection from the forest. Instead, the man’s body loudly tears at the shoulders and he slams into a tree that sucks him into a knothole. Stuck with his arms dangling from her elbows, the nervous woman backs away from Gemma and tries to think of a way to escape. With no other ideas, Dawn spits at the robotic side of the assistant and is knocked onto her back when sparks fly. Cursing and snarling, the cyborg is stuck with only the fleshy side able to move.

“Rainproof is not spit proof,” Ian mentions with an amused chuckle. He snaps his fingers to repair Gemma, but immediately catches her by the shoulder. “Let’s not kill this one just yet. I know that was the plan, but I need to think. You see, fake one, I came here thinking that destroying you is the smartest plan. With you dead, your true self can never become whole. It makes perfect sense, especially if I don’t leave even a speck of you behind. The problem I have now is that you lack any true power and obviously hate yourself. Perhaps we can work together to destroy the other Dawn Addison and make you the only one left.”

“You’re really playing up this supervillain thing. Right down to the talking patterns and the way you move your hands when you speak,” Dawn replies while she pries Trent’s fingers from her arms. Tossing the limbs to Gemma, she sighs when a splatter of blood causes her robotic side to spark again. “If you must know, Addison and I can only combine if I want to. At least that’s what I think, but I avoid contact with her just to be safe. Even so, I don’t want to be involved in your fight. Kill her and we’ll see if I stick around. I truly don’t care. Just let me live a life and pretend I’m nothing more than a weak human.”

Throwing Gemma into the broom closet, the reality-bender stomps his foot to drive the forest into the ground. “I kill the ants that you desperately want to join. So, I recommend thinking very carefully before making a decision. We don’t have to be enemies, but we have to be something. To let the sanity of Dawn Addison roam the lands unchecked would be foolish on my part. What if I was to promise that killing didn’t mean your own demise? She would be dead, I would change the world to what I desire, and you can pretend to be one of these piddly humans that you seem to love.”

“Such a pathetic creature,” she states, a wide grin appearing on her face. Her fists ball up as if she is about to attack, but all that happens is her knuckles pop at once. “You act like you were never one of them. As if you were always this powerful being instead of a man who went looking for help. You want to talk about being fake? Addison was born a goddess and she made you a god by accident. You’re nothing more than a human who has been launched above his station and thinks he’s always been there.”

“I can destroy you with the snap of my fingers.”

“And that could put me right back in Addison’s head.”

The thought of undoing the damage he inadvertently inflicted on his archenemy causes Ian to sputter in rage. As his fists clench, the metal room begins to shrink and twist with Gemma standing inside. He barks an order for her to leave the broom closet before he smashes it into a flat piece that flops to the ground. The destruction of his little sanctuary does nothing to ease his rage, so he turns back to Dawn. Before he can strike, she spits at his assistant and causes the robotic side to explode. Having been standing next to the cyborg, Ian is peppered with shrapnel and he instinctively yells in pain. It takes him a minute to remember that he is no longer a mortal man, but his prey has already sprinted towards the distant camp. Creating a counter in the sky, he calmly walks towards the humans, who he can already hear screaming and running to pack up their belongings.

“Let’s have some fun,” Ian hisses as his clothes transform into a crimson suit.

Charles E. Yallowitz was born, raised, and educated in New York. Then he spent a few years in Florida, realized his fear of alligators, and moved back to the Empire State. When he isn't working hard on his epic fantasy stories, Charles can be found cooking or going on whatever adventure his son has planned for the day. 'Legends of Windemere' is his first series, but it certainly won't be his last.
View all posts by Charles Yallowitz →
This entry was posted in Raven's Wrath and tagged Dawn Addison, dystopia, eerie, fiction, ghosts, halloween, horror, humanity, monsters, paranormal, post-apocalyptic, Raven Series, Raven's Wrath, supernatural, survival, thriller, writing. Bookmark the permalink.