7 Ways to Handle Reviews: Brought to you Buy Tongue & Cheek

Posted on November 3, 2017 by Charles Yallowitz 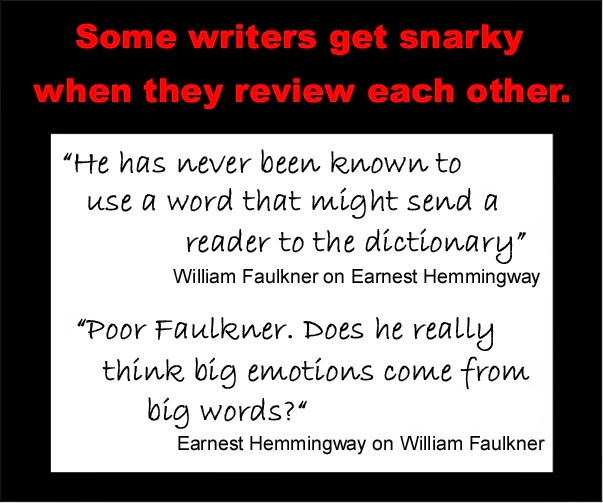 We all want reviews and there’s always the one that makes us regret politely asking that people leave reviews.  Then we go right back to asking for them because they’re part of the life blood of an author.  Reviews are the highs and lows of our adventure, which are becoming harder and harder to come by.  Now, the methods of getting reviews are numerous in amount and range all across the morality spectrum.  Instead of poking fun at how we get them, I’m going to give some T&C tips about reacting properly.  I have to say this is humorous because it’s a topic that people take very seriously.  Been there before and don’t have any plans of revisiting that debate again.

Charles E. Yallowitz was born, raised, and educated in New York. Then he spent a few years in Florida, realized his fear of alligators, and moved back to the Empire State. When he isn't working hard on his epic fantasy stories, Charles can be found cooking or going on whatever adventure his son has planned for the day. 'Legends of Windemere' is his first series, but it certainly won't be his last.
View all posts by Charles Yallowitz →
This entry was posted in Uncategorized and tagged 7 things, fiction, humor, list, negative, positive, reviews, writing. Bookmark the permalink.

52 Responses to 7 Ways to Handle Reviews: Brought to you Buy Tongue & Cheek