Posted on October 31, 2017 by Charles Yallowitz 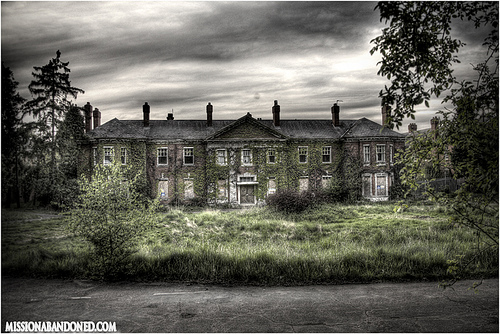 Apollo groans as he washes up on the mist-covered island, the gaping wound in his stomach seeping blood. He grabs the rotting pole of a pier, most of which has been washed away by the waves. Using it to get to his feet, the young man winces at the sensation of splinters burrowing into his flesh. The pain helps him focus and he staggers ahead, his eyes fixated on the strange shapes in the fog. He hears a crunch beneath his foot and looks down to see a yellowed rabbit skeleton. A gentle breeze comes off of the water to drive the mist back, revealing more animal bones scattered about the dirt. There are small tufts of grass scattered about the island, their green blades marked with black spots. Noticing a forest to his left, Apollo considers going there for safety, but quickly sees that the trees are sickly and crumbling to dust. Pillars of foul-smelling vapor rise off a lake that is barely visible through the dying plants. The sound of bubbling bubbles and hissing foam can be heard, the sounds occasionally broken by a lone frog calling out for its long dead friends.

“Where am I?” he asks, the growing pain in his body forcing him to collapse. He turns his head to see a building appear in the mist, the structure split in half by a lightning bolt-shaped crack. “Looks like some kind of hospital. Did I make it to Canada? No, that’s too far away. I guess I could have washed up on an island with some abandoned facility. Never really looked at a map of the area. Maybe I can find something to clean and fix up this wound. Can’t be that bad since I’m not dead.”

Dragging himself forward, Apollo finds a patch of tulips that have been trampled into the dirt. He notices a faint path of the flowers and stands in order to follow it to the center of the island. A leafless willow tree has been knocked over to reveal a patch of moist dirt that sticks to the severed roots. Seeing something metal in the soil, Apollo gets to his knees and tries to take a closer look. Before he can react, a filthy hand erupts from the ground and grabs him by the face, its grip impossible to break. The young man is yanked into the dirt, which turns red as the sounds of crunching bone and tearing flesh drift from the shadows. With a burp, a wild-haired figure cloaked in mud crawls out of the earth, its dark blue eyes blinking in the dim sunlight until they no longer hurt.

“Puppy is coming home, Addison,” the man growls as he trudges forward. The dirt falls from his body and is replaced by a dark red suit, the matching shoes leaving sizzling impressions in their wake. “And puppy is very angry.”

Charles E. Yallowitz was born, raised, and educated in New York. Then he spent a few years in Florida, realized his fear of alligators, and moved back to the Empire State. When he isn't working hard on his epic fantasy stories, Charles can be found cooking or going on whatever adventure his son has planned for the day. 'Legends of Windemere' is his first series, but it certainly won't be his last.
View all posts by Charles Yallowitz →
This entry was posted in Raven Series, Raven's Dawn and tagged college, Dawn Addison, eerie, excerpt, fear, fiction, ghosts, haunting, horror, killing, murder, mystery, opinions, paranormal, paranormal thriller, Raven Series, Raven's Dawn, Raven's Game, serial killers, students, supernatural, suspense, terror, thriller, writing. Bookmark the permalink.