Posted on October 30, 2017 by Charles Yallowitz 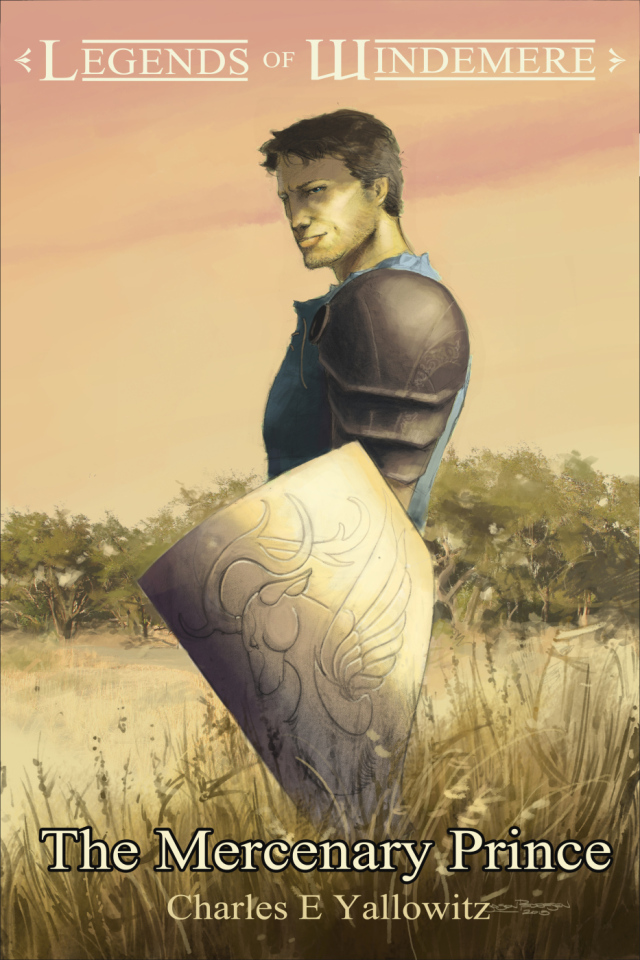 This is for a post that will be done on November 16th.  All that’s needed is for people to post questions for Delvin in the comments.  With his adventures coming to an end, I’m sure there are plenty of things to talk about.  Please try to avoid breaking the 4th wall, but mostly I don’t want people asking what he thinks of me.  Every question will be answered as if he is being asked it in her own world with no knowledge of Earth.

Delvin is a former student of Selenia Hamilton the first Mercenary Queen and he was the holder of the Mercenary Prince.  He is very skilled with his sword and shield, but his true strength lies in his strategies.  Given any group of adventurers, he is able to form plans that work to everyone’s strengths and is not afraid to put himself in the front line.  This wisdom and caution doesn’t carry over to his personal life. Delvin has attempted to woo Nyx since they first officially met, which has not always gone in his favor.  Nothing beyond compliments and asking if he could cook her dinner.  Over time, Delvin has learned that he is more than a warrior, but he still isn’t exactly sure what a fount is.  Basically, he is a source of potent aura that he can utilize in different ways with no caster training.  The problem is that founts have a history of burning out and dying young if they push themselves too much.  Considering who is about to fight, that is a bigger risk than Delvin wants to admit.

Ask away and prepare for a new question request next Monday.  Thanks.

Charles E. Yallowitz was born, raised, and educated in New York. Then he spent a few years in Florida, realized his fear of alligators, and moved back to the Empire State. When he isn't working hard on his epic fantasy stories, Charles can be found cooking or going on whatever adventure his son has planned for the day. 'Legends of Windemere' is his first series, but it certainly won't be his last.
View all posts by Charles Yallowitz →
This entry was posted in Ask a Character and tagged answers, Delvin Cunningham, epic fantsy, fantasy, high fantasy, interview, Legends of Windemere, mercenaries, questions, shields, sword & sorcery, swords, warriors, Windemere, writing. Bookmark the permalink.