Posted on April 7, 2017 by Charles Yallowitz 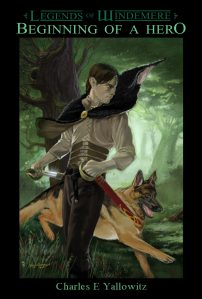 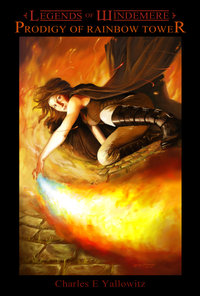 They fought in their first encounter and didn’t get off on the right foot.  Yet, you wouldn’t know from how they act now.  There is the love Luke has toward Sari and Kira and then there’s the love he has toward Nyx.  It stems from shared suffering and a friendship that neither can imagine living without.  When one is sad, the other is there with a shoulder or a favorite food.  Keep in mind that they call each other ‘big sister’ and ‘little brother’.  It’s reached the point where it’s difficult for them to use their names instead of the titles unless they’re angry.  So, you can imagine what’s going with Nyx this time.

For those that remember the post about the Ritual of the Lost Lamb, you might have figured out who is the one crazy enough to do it.  Not to mention how Nyx began losing it in Curse of the Dark Wind because she couldn’t heal or help Luke with a wave of her hand.  That was only when he was sick and in her presence.  Now, he’s in the hands of their greatest enemy and being tortured.  It might be a trap or a way to remind the champions that they’re not going against any more agents.  They’re looking at the big fight, which won’t go the same way as any of their other battles.  Nyx doesn’t take threats very well and takes her family getting hurt even worse.

An important aspect of the Luke/Nyx relationship has always been the sibling-like interactions.  They put each other at ease and can get away with saying things to the other that nobody else can.  Both characters have their romantic loves, but they take a lot more emotional stability from each other.  It’s the role of confidant, best friend, sibling, and therapist rolled into one.  This is something that came about naturally as I wrote the characters, which is why I don’t really pay much attention to it.  Not enough to always guide it and I might have even taken it for granted. There were moments where they didn’t interact as much as before, but they’d fall into old habits once they got another shot.

It’s funny that I expected this to be a lot more in-depth with analysis of both characters and their evolution.  Yet, all I realize is that they are what they are and there’s no subterfuge between them.  Luke and Nyx have never had a real falling out since they became friends.  Even when angry, they still back each other up or at least cool off after a bit.  They’ve really become family as their adventures continue, which is the only way to explain it.  Hurt one and you hurt the other.  Take Luke away and Nyx will find that her world is a lot darker.  That’s not a position you want a channeler like her to be in, especially if you’re the cause.

So, how will Nyx act?  Probably already answered it, but she’s ready to do whatever it takes to get Luke home.  Yet, she doesn’t want to walk into a trap or getting anyone else killed in the process.  Hence, the Ritual of the Lost Lamb, which will teleport him to her location and she only risks herself.  Nyx has a lot of confidence with magic, so it never crosses her mind that this will backfire.  Other champions might not have the same faith in her abilities since this is a forbidden ritual.  Tensions will be running high and Nyx’s actions will demonstrate how much Luke is needed in the group.  Just have to wonder if she’s going to come out of this in one piece too.

Charles E. Yallowitz was born, raised, and educated in New York. Then he spent a few years in Florida, realized his fear of alligators, and moved back to the Empire State. When he isn't working hard on his epic fantasy stories, Charles can be found cooking or going on whatever adventure his son has planned for the day. 'Legends of Windemere' is his first series, but it certainly won't be his last.
View all posts by Charles Yallowitz →
This entry was posted in Character & Book Themes, Character Origins, Legends of Windemere, Ritual of the Lost Lamb and tagged author, champions, channeler, darkness, epic fantasy, fantasy, fiction, forest tracker, friends, friendship, future, half-elf, heroes, high fantasy, Legends of Windemere, Luke Callindor, magic, Nyx, relationships, Ritual of the Lost Lamb, siblings, sorceress, spells, sword & sorcery, warriors, Windemere, wizards, writing. Bookmark the permalink.