Posted on September 8, 2016 by Charles Yallowitz 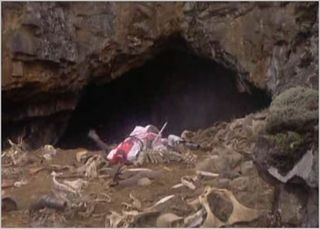 The last two years, I’ve done something called Monster Maker Fun.  This is a fun thing for October that lets me flex my imagination while those who submit names get to see what comes from them.  I give credit with blog links too, so you get a mention that might bring a little traffic.

I’m going to do it again this year if I get enough requests.  This will go in conjunction with Raven’s Game, which will be an evening release.  Monster Maker will be done every Monday, so it won’t be too crowded in terms of posts.  Another thing with this year is that I’m going to try and keep them to chimeras and fairy-types to connect with Charms of the Feykin.

So, how does this work?

That’s really it.  Fairly simple once you get your first fake name/critter made.  So, submit in the comments and we’ll see what’s born this year.

Charles E. Yallowitz was born, raised, and educated in New York. Then he spent a few years in Florida, realized his fear of alligators, and moved back to the Empire State. When he isn't working hard on his epic fantasy stories, Charles can be found cooking or going on whatever adventure his son has planned for the day. 'Legends of Windemere' is his first series, but it certainly won't be his last.
View all posts by Charles Yallowitz →
This entry was posted in Monster Maker Fun and tagged animals, chimeras, creation, creatures, fairies, fiction, halloween, mad scientists, magic, monster maker, monsters, october, pixies, sprites, world building. Bookmark the permalink.

18 Responses to Rebirth of the Monster Maker: Chimeras & Feykin