Posted on November 27, 2015 by Charles Yallowitz 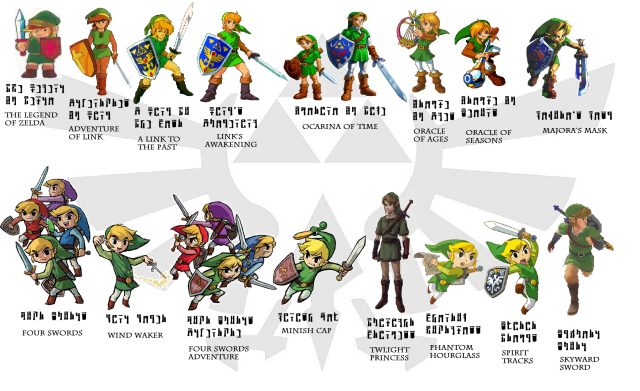 Link from Legend of Zelda

I have to be honest about this post.  I’m not sure what I originally meant by ‘Growing a Character’ when I saw it on the list of topics.  Somebody probably suggested it and I thought the note would be enough.  Oops.  Yet I like a challenge and I have a vague idea of what I’m going to talk about.

Earlier this month, I wrote about married heroes and mentioned Spider-Man going from high school dweeb to adult hero with a wife.  Well, I couldn’t find a picture for that, so I went for Link . . . what?  Anyway, these two characters can be seen as examples of growth.

Now these are from comics and video games, which are totally different from books.  A series allows for a long investment into character evolution.  Take Luke Callindor in Legends of Windemere and welcome to any new readers who didn’t see this one coming.  He is very immature and untested at the beginning. More so than the other champions and characters since they’ve veterans in some way.  Luke is very green and you get to see him go from dreaming of being a hero to starting his adventure and then into actually filling the role.  There’s a ‘coming of age’ aspect to his story, which is why he has a lot more personal life bumps and tragedies than the others.  One could even say his friends have paid their dues early on like Sari being introduced with the murder of her clan and Nyx losing her family before the series begins.  Delvin and Timoran are veteran warriors too, so they’ve lost friends.  For all of his courage and skills, Legends of Windemere is where Luke Callindor earns his hero scars and losses.  This is growth for him and the reader gets to see it from beginning to end.

I guess going with any character from beginning to end is how I define growth.  There’s evolution in their abilities and mindset.  You shouldn’t see the same character that was there at the beginning.  At least not entirely since there has to be something remaining from the original even if it’s a spark.  Again, this is easier in a lengthy series, but you can do it in a standalone too.  An adventure is an adventure, so it’s all about your focus and timeline.

What do you think about character growth and what do you do to achieve it?

Charles E. Yallowitz was born, raised, and educated in New York. Then he spent a few years in Florida, realized his fear of alligators, and moved back to the Empire State. When he isn't working hard on his epic fantasy stories, Charles can be found cooking or going on whatever adventure his son has planned for the day. 'Legends of Windemere' is his first series, but it certainly won't be his last.
View all posts by Charles Yallowitz →
This entry was posted in Thoughts and tagged author, Character Growth, characters, fiction, legend of zelda, Legends of Windemere, link, Luke Callindor, Spider-Man, stories, storyline, writing. Bookmark the permalink.