New Release: Death before Daylight by Shannon A. Thompson

Posted on September 15, 2015 by Charles Yallowitz

The time has come for The Timely Death Trilogy to come to an end. 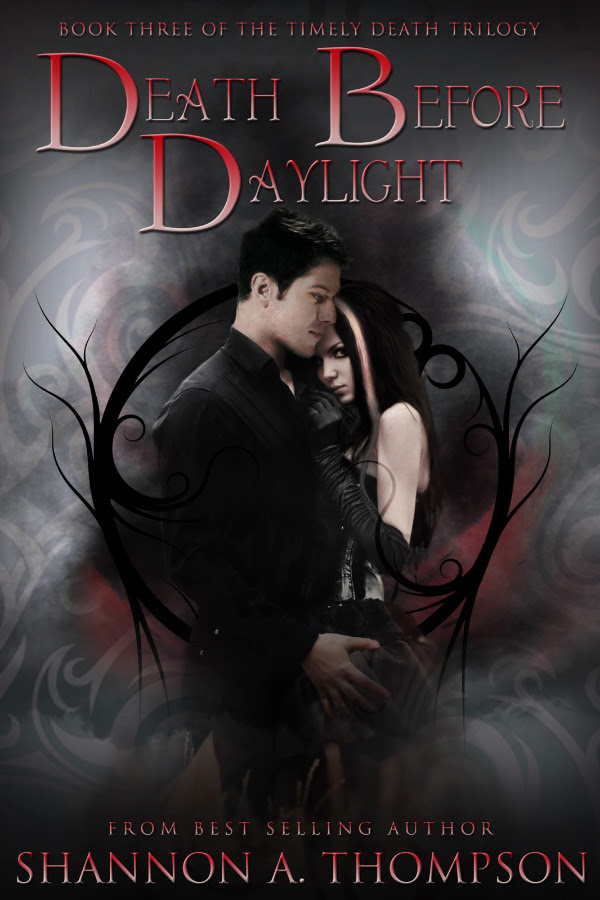 “Harmony would only come with destruction.”

The moment Eric and Jessica are reunited, they are torn apart. After the appearance of a new breed of shades and lights, the powers shift for the worse, and all three descendants find themselves face-to-face in the Light realm. When Darthon is in control, the last thing everyone expects is to finally hear the truth.

While Jessica learns the reason of her creation, Darthon’s identity is exposed to Eric—and only Eric—and Eric can no longer defend himself. With the eternities of the Light and the Dark resting on Jessica’s shoulders, she must choose who she will be—a light or a shade.

In the end, someone must die, and the end is near. 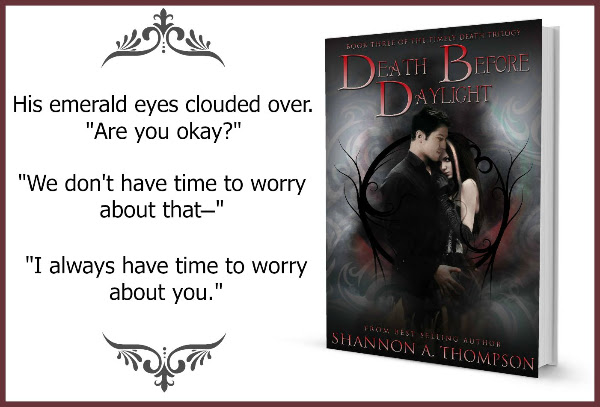 This will take place on September 18th from 7-9 PM EST.  Prizes can be won and MINUTES BEFORE MIDNIGHT (Book 1) WILL BE FREE!

Charles E. Yallowitz was born, raised, and educated in New York. Then he spent a few years in Florida, realized his fear of alligators, and moved back to the Empire State. When he isn't working hard on his epic fantasy stories, Charles can be found cooking or going on whatever adventure his son has planned for the day. 'Legends of Windemere' is his first series, but it certainly won't be his last.
View all posts by Charles Yallowitz →
This entry was posted in Guest Blogging, Spotlight and tagged a timely death trilogy, author, blogging, coffee, cover, cover reveal, dark, death before daylight, Facebook party, fiction, finale, light, light versus dark, light vs dark, minutes before sunset, paranormal, seconds before sunrise, Shannon A. Thompson, sunrise, sunset, supernatural, Timely Death Trilogy, trilogy, writer, writing, YA, young adult. Bookmark the permalink.

1 Response to New Release: Death before Daylight by Shannon A. Thompson