Posted on September 5, 2015 by Charles Yallowitz 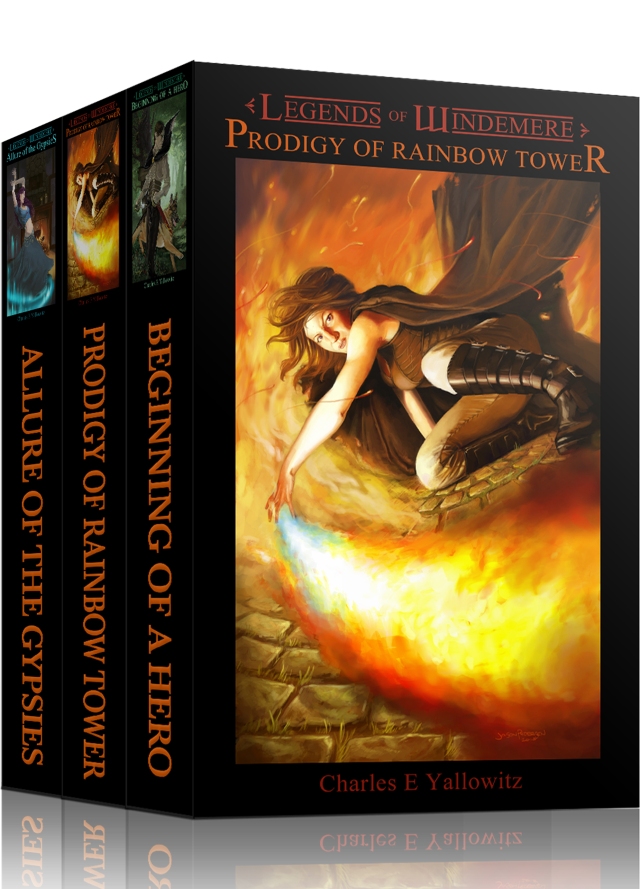 *This Book Bundle contains the first 3 volumes of the LEGENDS OF WINDEMERE fantasy series.*

Every hero must take that first courageous step into adventure. For Luke Callindor, it’s more of a blind stumble. From battling a demonic assassin to facing the family he left behind, this warrior’s adventuring career has been one awkward mistake after another. Most days the only things that keep him alive, yet never unharmed, are his trusted friends and his reckless courage. How long can his luck hold out before the gods of Windemere decide to cut his legend short?

That’s right.  Guess who just released a book bundle that includes the following:

If you wanted to get into LEGENDS OF WINDEMERE, but feel like it’ll be pricey to catch up then grab this 3-in-1 bundle.  Start off with Luke Callindor in Hamilton Military Academy and face the Hellfire Elf.  Meet Nyx and travel down the L’dandrin River where many dangers await.  Then finish off with a visit to Luke’s hometown where an orphaned gypsy and zombie army are waiting to greet him.  All of this for less than $5.

So escape reality for a while and catch this fun series from the very first swing of Luke’s sabers.