Is There a City or Nation of Halflings in Windemere? 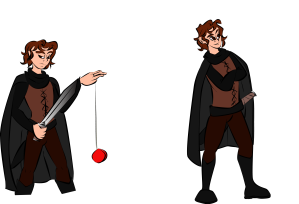 This question is from zombiephreak and it’s rather cut and dry.  I’ll add in a little more about halfling society too.

There are many villages for halflings, but they don’t have a central government since they’ve merged with the human/elf/gnome world.  They do have a unique culture and some cities that are predominantly halfling.  Though there is a factor of species type that comes into play.

Homebody Halflings are rather chubby and are the least adventurous of the three.  They are very much like the hobbits of Middle Earth with small villages that survive off farming and other trades.  Elfkin Halflings are slender, which is why they get that name.  It is believed that they were born from elf/halfling crossbreeding.  Nimby and General Vile are Elfkin Halflings and these types are more inclined to be warriors, thieves, and live in big cities.  The final type are the Waverunner Halflings who can control the tides and influence the weather around a ship.  While all halflings are natural sailors, this type thrives on the open seas and they have a main ‘city’ that is really a fleet that wanders the Cerascent Isles region.

Now the halfling city that is most famous is that of Fyric, which will appear in Book 6.  It is home to one of the main temples of Neberith, the Halfling Goddess of Healing.  So people travel to this city for medical aide.  They are a hub for the potion trade, which is where most of their money comes from.  This city is run like any other village in Serab, but everyone has some medical training and can be called upon in an emergency.  This makes them invaluable during an outbreak because all citizens have skills to help.  The city is run by the head priest and an administrative mayor who share the power.

One thing about halflings is that they do not have surnames unless they earn them.  For example, Nimby is only Nimby because he has done nothing within halfling culture to earn a last name.  For many this is seen as an honor and societal leaders tend to have one, which is created from combining two words that people associate with that person.  There are times where a surname is given to a halfling to mark them negatively.  You’ll see this come up a few times.

Charles E. Yallowitz was born, raised, and educated in New York. Then he spent a few years in Florida, realized his fear of alligators, and moved back to the Empire State. When he isn't working hard on his epic fantasy stories, Charles can be found cooking or going on whatever adventure his son has planned for the day. 'Legends of Windemere' is his first series, but it certainly won't be his last.
View all posts by Charles Yallowitz →
This entry was posted in Legends of Windemere and tagged author, fantasy, fiction, halflings, Legends of Windemere, magic, series, Windemere, writing. Bookmark the permalink.

2 Responses to Is There a City or Nation of Halflings in Windemere?