Posted on February 8, 2014 by Charles Yallowitz 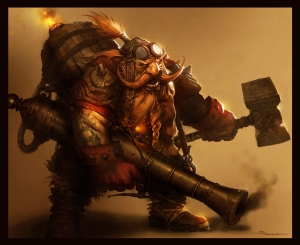 It’s been a really long time since I posted a Project Phoenix character.  I only make it through two and then delays happened.  One of the difficulties is that I no longer know who’s in the series because of the upheaval.  Maybe that will be a weekend project.  Then again, I’m writing this on January 21st due to being snowed in and my mind wandering while I wait for the toddler to come home.

For those that don’t know, Project Phoenix is a big series that I keep having trouble with.  It used to be superheroes and it still is, but I can never figure out the structure.  I ended up with 16 books, 19 heroes, and a relative mess.  So, I moved it to Windemere and a few pieces fell into place.  An ancient group of people who were gifted with powers and then sealed by the gods.  The first book has them awakening and then the various beings start heading toward their city.  After that, I’m not sure if I should do a consistent story that runs through all the books or simply a set of individual stories that eventually hit a big threat.  Maybe even one of the books shows the rise of a major villain and then another series to show the aftermath of that villain’s victory.  A book that’s solely a slugfest seems boring and I might still have the 19 hero problem there.

Gideon is one of the 3 constant characters.  The others are Eryx and Samson who were mentioned months upon months . . . a little under a year ago.  Gideon was based on a friend who was big into combat, drinking, women, and being ‘badass’.  So he’s always been a big warrior character with a level of honor that my friend had.  Before entering Windemere, he was a weapon specialist with heightened reflexes and stood out as the lowest powered hero.  Yet, he was the deadliest too because of his weapon training and strategic mind.

Joining Windemere has turned him into a dwarf and he holds a similar role as the combat specialist.  He’s also become older than the others and is the adopted father of Samson and Eryx after finding them in the wild at separate times.  Through this he’s become a mentor character and a main hero.  His big story was when his past, and daughter, came back to haunt him, which may still happen.  Beyond that I don’t know since I’m not sure of the structure of the series.  It’s still listed in my mind as a series where every book has an individual story/hero with a few repeats.  Gideon being one of the first ones will probably have the opener, a solo tale, and in the finale.  I’m thinking the past part, but that seems to be a constant theme in the series.

As usual, suggestions are always welcomed.

Charles E. Yallowitz was born, raised, and educated in New York. Then he spent a few years in Florida, realized his fear of alligators, and moved back to the Empire State. When he isn't working hard on his epic fantasy stories, Charles can be found cooking or going on whatever adventure his son has planned for the day. 'Legends of Windemere' is his first series, but it certainly won't be his last.
View all posts by Charles Yallowitz →
This entry was posted in Uncategorized and tagged author, characters, dwarf, fantasy, fiction, hero, mentor, warrior, WIP, works in progress, writing. Bookmark the permalink.