Posted on September 4, 2022 by Charles Yallowitz

I was trying to think of a good animal to do a quick post on, but everything needed a lot more research.  Of course, I got to thinking about types of animals that are too numerous for me to do a post about.  Lizards came to mind since there are so many of them.  There are some pretty odd and amazing species out there too.  Let’s look at 9 of them:

The frilled lizard is from Australia and New Guinea.  I’ve liked this one since I was a kid because it looked silly.  When threatened, it gets on its back legs and opens its frill to go running.

The Basilisk is called the Jesus lizard for a good reason.  It runs on water to escape predators.  It can’t go forever, but it can go enough that it gets away. 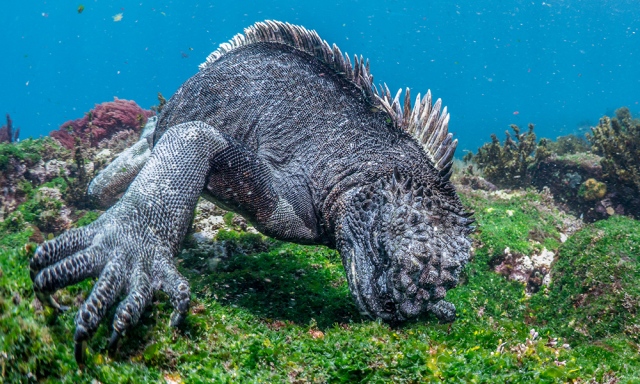 This is not Godzilla, but you can see the resemblance.  The marine iguana is found on the Galapagos islands and are the only lizards to have a marine lifestyle. When diving, they can spend up to an hour underwater without coming up for air. 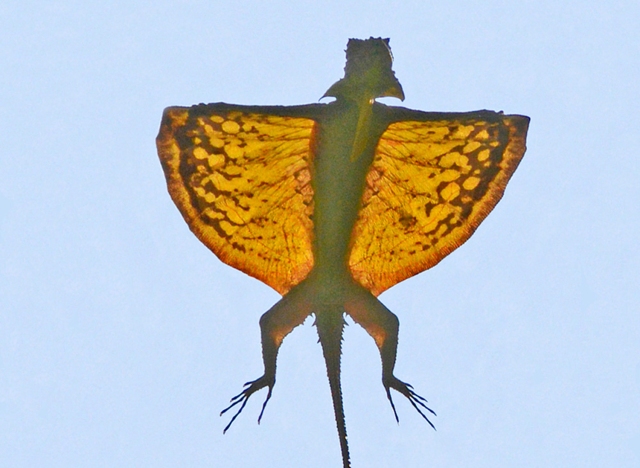 We’ve done land and sea, so here is the Draco Lizard with air.  Using flaps of skin, they are able to glide among the trees.

The armadillo girdled lizard is heavily armored and found along the desert coast of South Africa.  They curl into a ball when threatened, which protects their underbellies and makes them look like an Ouroboros (serpent/dragon eating its own tail).

The Satanic Leaf-Tailed Gecko . . . I mean, just look at it and see the name.  It deserves to be in this post.

I’ll probably do a Komodo Dragon post down the road, but I couldn’t keep it off this list.  This is the world’s largest lizard and it is an aggressive, deadly predator.  It is one of the few lizards with a venomous bite as if this beast needs any other weapons besides its claws, teeth, and tail. 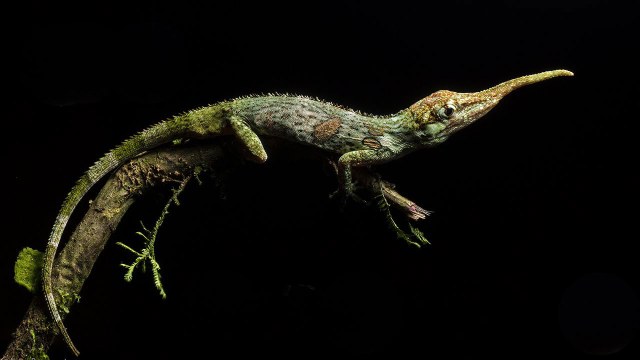 The Pinocchio lizard is also called the horned anole or the Ecuadorian anole.  The males have the long nose, which is used for courtship displays.  They are considered endangered due to habitat loss. 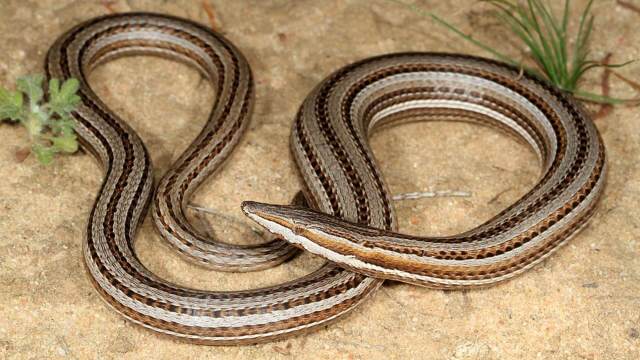 This isn’t a snake.  There are 8 families of legless lizards, which have none or tiny, useless limbs.  Unlike snakes, they have eyelids, external ear openings, no broad belly scales, a broad tongue instead of forked, two equal lungs, and a long tail.  Skeletally, snakes actually have a long body and short tail while these guys are the opposite. 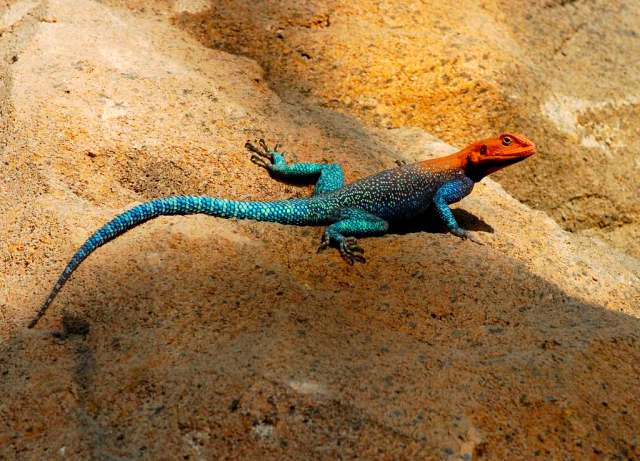 This last one is just so colorful.  It is called the common agama, red-headed rock agama, or rainbow agama.  They are found in Sub-Saharan Africa.  Really they just look really cool with all their colors.

Let’s get some videos:

Charles E. Yallowitz was born, raised, and educated in New York. Then he spent a few years in Florida, realized his fear of alligators, and moved back to the Empire State. When he isn't working hard on his epic fantasy stories, Charles can be found cooking or going on whatever adventure his son has planned for the day. 'Legends of Windemere' is his first series, but it certainly won't be his last.
View all posts by Charles Yallowitz →
This entry was posted in Animal Posts and tagged animals, basilisk, geckos, iguanas, komodo dragon, lizards, nature, reptiles, wildlife. Bookmark the permalink.

27 Responses to Strange and Silly Lizards