Armor: When You Really Don’t Want to Get Pierced 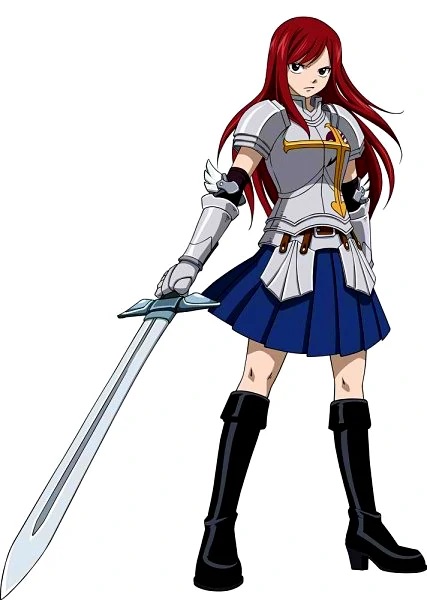 I think I’ve touched on this long ago, but I redid swords already.  Let’s have a week talking about another piece of equipment.  I mean, you can’t really go into battle without a good suit of armor.  Usually . . . It does seem to be optional when it comes to protagonist.

Armor doesn’t have to be described or explained.  We still have modern versions even if people are using guns instead of bullets.  Makes little sense to focus entirely on offense and not create an object for defense.  So, people wear vests, suits, and helmets to protect our most sensitive parts.  It’s not fully body like the old days, so we focus primarily on the torso and head.  Maybe the upper thighs too since you have that big blood vessel there, which can cause you to bleed out fast if punctured.  On a lower level, you have a cup for the family jewels.  It’s still armor.

Sticking to fiction, armor gets taken for granted or flat out ignored.  I’ve watched a lot of shows where the nameless grunts are in platemail and the named characters are running around in regular clothes.  Either they dodge everything, heal quickly, or have the pain threshold of a mountain even with a hole in their chest.  One could say their armor is their incredibly tough skin, but that gets silly.  In truth, a protagonist only really need armor if you’re going for reality.  Fiction doesn’t require defense items as much as offense, which is kind of strange.  Probably because they’re not as exciting as weapons unless you enchant them.

I think with armor being either cosmetic or not there, many authors don’t think much about them.  Platemail is given to soldiers because that’s what we see.  No thought towards ability to move and speed is made since this is what we’ve always seen them use.  Leather armor goes to thieves, assassins, and any speed fighter.  Those who use magic don’t get anything more than robes because THEN we think about restriction of movement.  All of this comes from how LOTR showed characters without denoting actual armor rules.  So, Dungeons & Dragons and fantasy books followed those standards even though they weren’t really there.

I’ll admit that I’m guilty of this myself.  Most of my characters have been speed and agility, which means they need mobility.  So, I lean towards them wearing clothes that have leather armor or chainmail patches sewn in to protect their vitals.  That’s if they aren’t the Dawn Fangs who regenerated so much that armor was fairly pointless.  Among the Legends of Windemere heroes, Delvin used chainmail and Luke had the patches thing.  Nyx, Dariana, Timoran, and Sari didn’t do armor because of their abilities and upbringing.  So, armor tends to be cultural in some ways.  That might be fairly realistic since every culture had their own type of defense.

Figure I should bring up the issue with female armor too.  There’s a long tradition of what some people call ‘boob armor’.  This is when armor is made for a woman and accentuates their breasts.  You also have skimpy armor, which has no practical value unless it’s enchanted to protect the exposed parts.  I know there’s a small joke that men are so distracted by the sexiness that they either miss or can only hit the armor itself.  Either way, none of this realistic.  They wore the same type of armor as men with any modifications being minor if at all.  I do believe they would bind their chests, which did the same thing as modern sports bras.

Still, who goes for realism with fantasy?  Many people, but there’s a lot more leeway when it comes to armor.  I think audiences really don’t care outside of it being flashy enough for cosplaying.  Protection doesn’t mean much.  I’ve read books where knights in full armor are killed by a slash across the chest even though the normal blade shouldn’t have gotten through the breastplate.  You probably wouldn’t be surprised how often chinks in the armor are found with ease.  It ignores that platemail typically had chainmail and leather beneath to protect the joints.  Again, adding this doesn’t feel necessary since readers don’t seem to truly care.

So, what are your thoughts on armor in fiction?

Charles E. Yallowitz was born, raised, and educated in New York. Then he spent a few years in Florida, realized his fear of alligators, and moved back to the Empire State. When he isn't working hard on his epic fantasy stories, Charles can be found cooking or going on whatever adventure his son has planned for the day. 'Legends of Windemere' is his first series, but it certainly won't be his last.
View all posts by Charles Yallowitz →
This entry was posted in Thoughts and tagged armor, author, defense, equipment, fantasy, fiction, knights, leather, platemail, writing. Bookmark the permalink.

14 Responses to Armor: When You Really Don’t Want to Get Pierced