Posted on March 7, 2022 by Charles Yallowitz 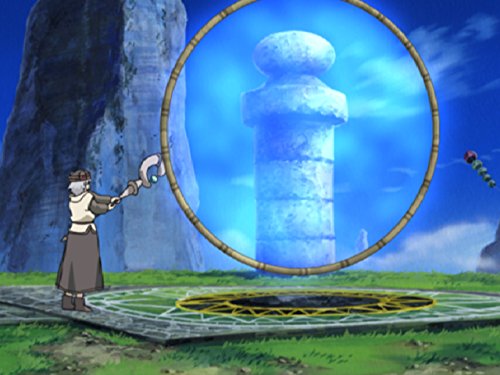 Maybe I’m stretching for a topic here, but portals are fairly common in fantasy and science fiction.  Some go to other worlds while others are for different locations on the same planet.  You have those designed to keep dangerous beings out, but somebody always managed to open those.  They get called portals, doorways, gateways, and a variety of other names.  They all do the same thing though.  Enter a portal and you end up somewhere else.

The most basic rule is what I’ve already mentioned.  A person or object passes through the portal and ends up somewhere else.  The story will determine if this mode of transportation is safe and common.  Just because someone is found everywhere doesn’t make it infallible either.  So, you can still make them somewhat dangerous and have an alternative available.  After all, we have cars, but some people are more comfortable on buses or bikes.  In the end, you just have to get to where you’re going.

Visually, the sky is the limit and even an option.  I’ve run into people who are very specific on how spells should look, including portals.  They need to be shifting, oily, and show the destination.  No they don’t. A portal can look like anything from an actual door to a disturbance in the air to nothing at all.  This is why you can use them without people getting bored.  Well, aside from them being a sensible set piece and plot device that makes total sense for a variety of stories.  Anyway, just have fun with the idea and see what turns up.  As long as a person can go through, you have a portal.

This is becoming more of a ‘tips’ post, which I guess makes sense.  Although, I can’t think of a lot of advice beyond what I’ve already said.  Portals are fairly simplistic in their story use even if you come up with a complicated explanation for their existence.  The characters and readers may find it interesting to discover that the big, red portal was forged by sentient chocolate bunnies before the world got too hot for them.  The story won’t take away from the point of it being used, including if it’s the final destination.  Most people seem to just accept these things and everything added to them is a bonus.  This includes who are rather specific in their visuals.  They might not like the look, but they won’t question the portals use and existence.

I guess there are some guidelines in terms of the existence though. If you’re writing a modern day romance, it can be jarring to drop a magical portal into the mix.  So, you do need magic or high technology already added to the setting for a portal to work.  They don’t even need to be visible, but you need to note that they exist or used to exist in the world.  That’s really the only guideline I can think of here.  Well, that and you need to go somewhere or it’s pointless.  This means a portal is only as complicated as we make, which goes for just about everything.

What do you think of portals?  Ever use one in your stories?

Charles E. Yallowitz was born, raised, and educated in New York. Then he spent a few years in Florida, realized his fear of alligators, and moved back to the Empire State. When he isn't working hard on his epic fantasy stories, Charles can be found cooking or going on whatever adventure his son has planned for the day. 'Legends of Windemere' is his first series, but it certainly won't be his last.
View all posts by Charles Yallowitz →
This entry was posted in Thoughts and tagged doorways, fantasy, fiction, gates, portals, science fiction, teleportation, transport, writing. Bookmark the permalink.

14 Responses to Using Portals in Fiction