What To Do About Thursdays?

Posted on December 12, 2021 by Charles Yallowitz 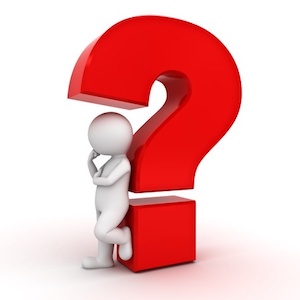 Not really sure what else to talk about here.  Mostly because this is really stuck in my mind as I get close to the end of the year.  I like having a post go up every day because I don’t do anything else as far as social media goes.  Keep falling behind on Twitter to the point where I don’t know why I’m there.  My life isn’t visual enough for Instagram and I think Facebook has me in limbo.  Seriously, I can make a post on Facebook and get absolutely nothing.  Only reason I’m still there is because a few friends are only able to be contacted through that site.  None of that is what this post is really about.

‘Immortal Wars’ ends in December and that means I have nothing going on for Thursdays.  I’ll be using it for War of Nytefall: Eulogy and full series promos throughout the rest of the year though.  I just need to figure out something else to do with that day.  I’m open to suggestions as usual aside from people telling me that I don’t have to post anything.

One idea that I just stumbled onto:

Apparently, I have a folder with 263 poems.  I think this is from long ago when I was posting a poem a day on Tumblr to see if I could make it a year.  I had this along with some older works to make it through.  Doesn’t look like I ever put them on the blog, so I could make Thursday a poetry day.  Simple and fun. That would last me over 5 years too, which takes some pressure off.  Nice to have a day where I know it’s already planned out.

Beyond that I’ve got no other ideas.

Charles E. Yallowitz was born, raised, and educated in New York. Then he spent a few years in Florida, realized his fear of alligators, and moved back to the Empire State. When he isn't working hard on his epic fantasy stories, Charles can be found cooking or going on whatever adventure his son has planned for the day. 'Legends of Windemere' is his first series, but it certainly won't be his last.
View all posts by Charles Yallowitz →
This entry was posted in Uncategorized and tagged blogging, echoes, hello, meandering, poetry, thoughts. Bookmark the permalink.

8 Responses to What To Do About Thursdays?