A Dwindling Idea that Keeps Hanging On

Posted on November 7, 2021 by Charles Yallowitz 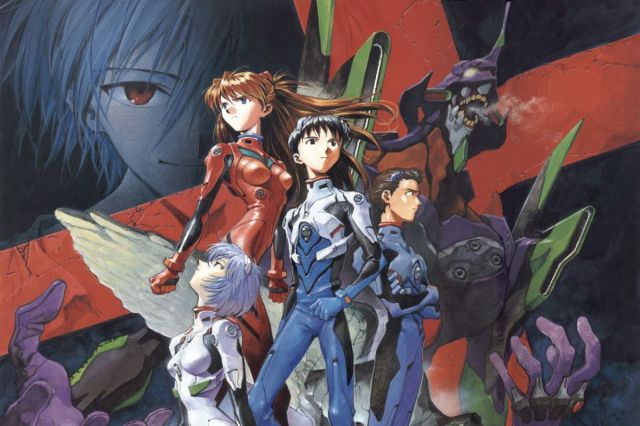 The above picture is from an anime that I really liked in my 20’s.  I haven’t watched it in a long time, but I remember it fondly.  That’s weird because it’s a really messed up anime by the end.  That part aside, I was inspired to design my own story that was similar to this and . . . Well, this is what I remember.

I had it take place on Earth after the entire planet became polluted.  Humans did something that awakened these giant beasts that contaminated the environment and fed off the toxins.  A few colonies survived within domes that are under constant attack from the beasts and mutated wildlife.  Occasionally, they manage to erect new ones, but that’s rare because the crew are typically attacked within 24 hours of starting.  So, humans are facing extinction since it’s only a matter of time before the domes fail.  Yeah, I’ve seen this setting turn up a lot.

The only defense is something new coming out of one colony.  Soulless beasts (chariots) have been found and a machine was made for a person, typically a child, to put their souls into the empty husk.  Once inside, they can attack and kill the pollution-creating monsters with the hope that eliminating them would purify the planet.  I based each beast off a mythological creature too.  Think there were 4-5 of them.  All I really remember is that I had one called Gullinbursti after the Norse boar.

The characters . . . I remember a girl who was immune to the toxin.  There was a boy who was just learning how to use his chariot.  A snobby girl and a nerdy boy were in there too at some point.  I think there were a bunch of adults as well.  The thing is that I really did carbon copies of the Evangelion characters, which is all I can remember.  Think there was a twist at the end . . . Time for me to fess up.

‘Chariots of the Soul’ keeps getting added to my ‘Works in Progress’ list, but I can’t find the notes.  There are scraps of ideas, but the original stuff hasn’t been located yet.  Not that it would help me out much.  I discovered enough to show I had begun working on a way to bring the concept to Windemere, but everything ended in question marks.  This was from a time period where I was desperately outlining and writing notes at jobs that were eating away at my soul.  There wasn’t any time to write, so I did this and jammed the notes into the nearest folder.

From what I can gather, I was going to have the story take place on an island that is polluted from people digging up treasure.  This reduces the scale of both the story and the terrain though.  I’m thinking now that I have the dome be over the hole and those who live there do so to stop the beasts from getting out.  The chariots can be constructs that the heroes use and take into an underground realm where they take on whatever is down there.  Guess the goal would be to find a way to permanently seal the hole and discover what exactly they uncovered.  Does this make any sense?

Strangest thing is that I keep putting it in my superhero list, but they should probably be with the organizations.  Creating a group around this issue can help to expand on Windemere’s overall society.  Maybe I can connect it to a kingdom that was looking for resources.  I could also have it be one of the races that lacks a capital/kingdom, which is why they were digging around.

Personally, I don’t think I can have this go for longer than a book.  It would run like Quest of the Brokenhearted with each chapter involving a monster or some type of challenge.  It could be a short story set up too.  This is why I needed to do a post like this.  Helps clear my head because hitting ‘Schedule’ makes me take it seriously.

Doesn’t help with one pain in the ass series, but you can’t win them all.

Charles E. Yallowitz was born, raised, and educated in New York. Then he spent a few years in Florida, realized his fear of alligators, and moved back to the Empire State. When he isn't working hard on his epic fantasy stories, Charles can be found cooking or going on whatever adventure his son has planned for the day. 'Legends of Windemere' is his first series, but it certainly won't be his last.
View all posts by Charles Yallowitz →
This entry was posted in Character Origins and tagged fiction, ideas, pollution, science fiction, work in progress, writing. Bookmark the permalink.

7 Responses to A Dwindling Idea that Keeps Hanging On