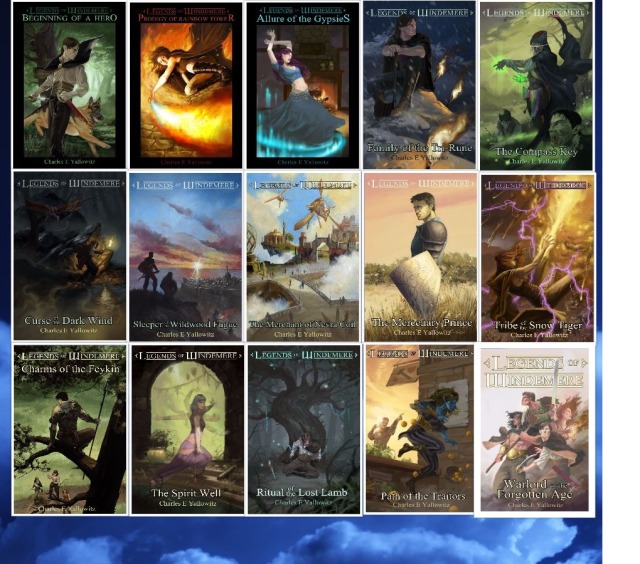 So, I was thinking of what to do for Tuesdays during the summer.  I’m hoping to be either writing the first Slumberlord book or spending time with my son.   Almost chose ‘Character Interviews’, but those take attention and don’t usually work out.  Nobody asks a question of characters if they don’t know the books, so it fails horribly as a promotional tool.  What to do?

Well, I’m going to set up a massive poll below where people can vote for as many characters as they want.  Then, I’ll go down the list and put Teaser sections that highlight each one starting July 6th.  Should be fun.  Enjoy.

I said it was huge.  Probably missed some characters too.

Charles E. Yallowitz was born, raised, and educated in New York. Then he spent a few years in Florida, realized his fear of alligators, and moved back to the Empire State. When he isn't working hard on his epic fantasy stories, Charles can be found cooking or going on whatever adventure his son has planned for the day. 'Legends of Windemere' is his first series, but it certainly won't be his last.
View all posts by Charles Yallowitz →
This entry was posted in Teaser Tuesday and tagged characters, excerpts, Legends of Windemere, magic, poll, teasers, War of Nytefall. Bookmark the permalink.