Posted on November 26, 2019 by Charles Yallowitz 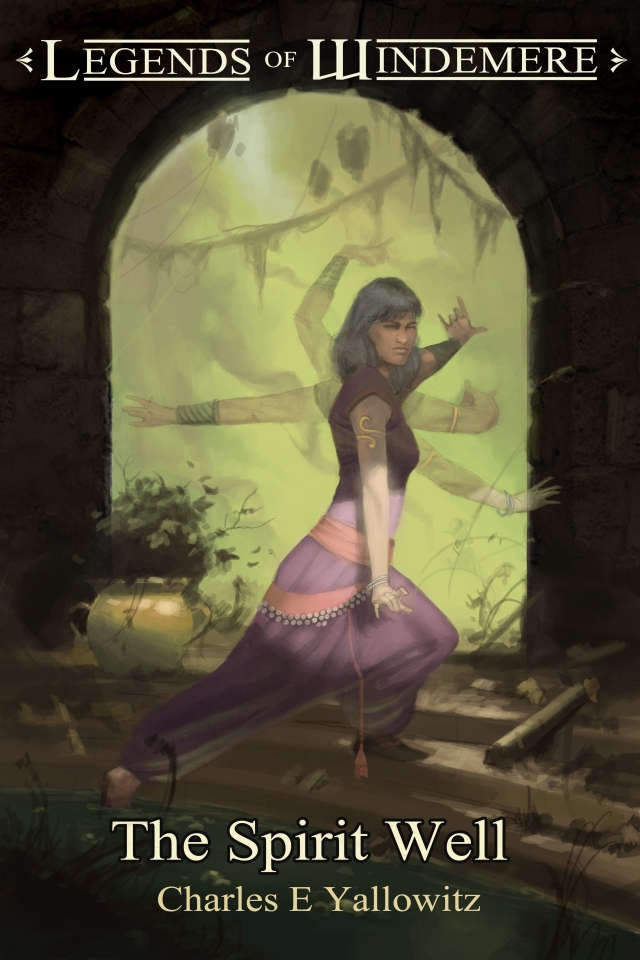 The last of the champions from Legends of Windemere is one of the more complicated ones.  Dariana comes from a different place than the others because of her immortality, which isn’t as great as one would think.  I’ll get into that soon, but I want to point out that she is a champion who has been involved in the prophecy for hundreds of years.  She is woken up, joins the others, and is put back to sleep whenever they fail.  This is why she is always the last to get involved.  It also meant that she debuted in Book 7, which is Sleeper of the Wildwood Fugue.  This gives her a lot less time to evolve since everyone else debuted in Book 4 at the latest and the main story has picked up steam.  I found this to be a challenge, but I had some tricks up my sleeves.

First, I want to point out that while Dariana is immortal, she can still be killed through violence.  This is why she isn’t considered the ‘cure all’ weapon when she wakes up, especially since her psychic powers put a great strain on her body.  Even though she can heal quickly and take a lot of damage, she is surprisingly fragile when compared to mortals such as Nyx and Timoran.  If anything, her immortality is more of a detriment because it means she has suffered for so long that her mind isn’t what it could be.  She isn’t insane, but she has a lot of trouble with social situations and tends to join Timoran on the outskirts of conversations.  This is way part of her development is for her to have friends for the first time in her life, which comes into play for The Spirit Well.

I can’t go into too much detail about her because she is closely connected to the overall plot.  The basics are that she is the daughter of Baron Arthuru Kernaghan (main villain) and Zaria the Goddess of Purity (a holy backer of the champions).  The last post of this series is on the Baron, so I’ll touch on his relationship with Zaria there.  For Dariana, this meant she was a type of demigod who must fight against her father and older brother.  It is an awkward situation for her, but she has been shoved into the battle so often that she doesn’t have any emotions towards it.  The same can be said for the Baron, who now sees his daughter as a pawn being used against him instead of a potential agent that he can use to break free.  I tried to show how sad this was, but I don’t think it came across very often because both characters are fairly numb to the whole thing.  They share the same mentality of ‘this is how it is’ at times.

Now, those plot tricks I used for Dariana came down to two things.  First, I scrapped the plan to reveal her origin in a later book.  That would have taken too long and the other champions had too much on their plate already.  So, I had her father’s identity presented right away to be a shocker to the other heroes.  Seeing that they had to team up with the child of their destined enemy after her brother has been a major threat for a few books wasn’t easy.  It created some good tension for Dariana’s debut book and gave her a boost of development right off the bat.

The other trick I used was that I gave her two focal books and a more active role in a few others.  Since she needed to catch up to the other champions in terms of page time and growth, I fast-tracked her.  Dariana was a central figure for Merchant of Nevra Coil and The Spirit Well.  She had a lot to do in Tribe of the Snow Tiger and Charms of the Feykin.  I did this without overshadowing the others, which was a challenge.  This also helped make her feel like a solid part of the group instead of a late addition, which was a big threat.

Touching on Dariana’s game version, she was changed a lot.  Originally, she was a half-angel who was the daughter of the archangel guiding the champions.  I eliminated this character, so I had to rewrite her.  She was very passive in personality with bursts of acting out when the player wanted to join in the chaos.  I had to redo this to fit what I was thinking of, which brought in her constant apologies as well as a darker, more serious side when she’s angered.  Because of all this, I would say Dariana has been changed the most from her original incarnation.

Finally, I wanted Dariana to stand out a bit and this included when I was deciding on the cores.  I must have jumped through twenty ideas because I couldn’t pinpoint what would strengthen her.  It wasn’t something as straightforward as courage or love, but it wasn’t as clear through actions as friendship and loyalty.  Willpower was already taken by Nyx, so I was in a bind.  Eventually, I came up with a dual core, which plays off her position of being between so many worlds.  She comes from a merger of good and evil, is immortal living among mortals, and has great psychic powers with a fragile psyche herself.  So, I gave her clarity because she helps give the others focus and her powers are enhanced whenever she clears her mind of distractions.  It’s subtle, which is another reason why I also gave her a core of suffering.  She goes through hell even before we meet her and always comes out stronger.  Although, she doesn’t really notice this.  This part of her core is more internal since she doesn’t enhance the suffering of others, but she can help them subconsciously find the strength to overcome difficult times.  This is another reason why some of the more emotional plot lines begin to clear up after Dariana debuts . . . At least that’s the story I’m going with here.

Charles E. Yallowitz was born, raised, and educated in New York. Then he spent a few years in Florida, realized his fear of alligators, and moved back to the Empire State. When he isn't working hard on his epic fantasy stories, Charles can be found cooking or going on whatever adventure his son has planned for the day. 'Legends of Windemere' is his first series, but it certainly won't be his last.
View all posts by Charles Yallowitz →
This entry was posted in Character Origins, Legends of Windemere and tagged action adventure, author, Dariana, Delvin Cunningham, ebook, fantasy, heroes, immortal, Legends of Windemere, Luke Callindor, magic, martial arts, Mercenary Prince, Nyx, psychic powers, Sari, series, suffering, swords & sorcery, telepathy, Timoran Wrath, writing. Bookmark the permalink.