The Void. The Shadow Dimension. The Darkness. Mab’s Little World. 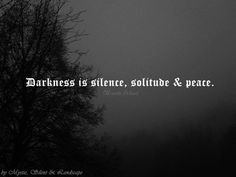 Well, I promised to talk about the place that Mab goes to when she travels through the shadows.  The truth is that I haven’t come up with a true name, which sounds bad considering War of Nytefall: Rivalry is the 3rd in the series.  I’ve called it the void, the darkness, shadow dimension, sea of shadows, other realm, and a variety of names because nothing has been locked in.  A big part of that is because Mab is the one who operates within this world and she might be the only one who ever does.  It’s really her thing and it would feel weird to have anyone else do this, which I’ll get to later.  With Mab being the ‘founder’, her personality denotes the focus and her interest in this world comes down to 4 things:

That’s very simplistic and Mab really wouldn’t care what the official name of this place is, so she’ll use different words.  For the sake of this post, I’m going to call it ‘The Void’ and try to explain how it came about.

Originally, Mab was just going to disappear into shadows and then reappear with nothing going on inbetween.  It just happened.  As time went on, I grew to dislike the idea of this being so simple, especially since I had planned for scenes where she simply stayed in the shadows.  If nobody could hit her when she was hiding then she had to be somewhere else, right?  This is what began the creation of The Void and I released the first version of it within Legends of Windemere: The Mercenary Prince.

Unlike the other War of Nytefall characters, Mab debuted in another series to act as a bridge between them.  She is definitely darker and more mature, but even immortals can change personalities over time.  The real challenge was designing her traveling at its highest level, which meant I had to think about where she would go.  So, Mab’s shadow jumping power was actually created backwards in terms of power and that’s when I showed her traveling through a darkness.  It made sense considering this is a dimension of shadows, but I’ll admit it wasn’t exactly like what I do now.  There’s definitely something off when you compare the two, but that’s spoiler territory.

Still, that first outing gave me a foundation for when she gains her powers.  I was going to have her plunge into The Void and spend a few pages lost in darkness, but that felt rather boring.  So, I populated this place with bizarre monsters that you can’t find anywhere else and demons that happened to wander in from the Chaos Void.  Every time Mab gets a scene in this dimension, I have fun coming up with strange creatures.  A lot of times they’re a type of fish, whale, serpent, or bird because I see this place as a combination of sky and sea.  There’s no ground, so you can’t walk.  That leaves swimming and flying, which Mab can do because of her magical connection to the world.  Others need to hold her hand or be tethered to her in some fashion.

Distance is kind of strange here and I realized that when I designed the exits.  Every shadow in Windemere is seen as a pinprick of light in this dimension.  They are both far away and right in front of a person, so Mab really doesn’t have to travel.  She does this because her mind can’t wrap around the fact that she could simply drop in, choose a pinprick, and widen it enough to pass through.  There’s a primal need to physically move if you’re going to show up in a new location even if it’s clear across the planet.  This isn’t teleportation and has all the signs of physical travel.  So, Mab flies around for the amount of time and in the direction she senses that she has to go.  When she feels comfortable in stopping then she hooks the correct pinprick with two fingers, which stay in The Void, and push the shadow open enough for her to emerge.  She can also see what’s on the other side to make sure she’s safe.  Another trick is that she can open these doorways from the physical side with a mere touch.  This is what she does to drop enemies in to get eaten by the monsters.

I’m having her learn how to grab things from far away without going entirely into the void, but that’s going to take time.  A big reason for this is because almost as soon as she got this power, Mab’s enemies figured out how to manipulate or block it.  Yeah, this seemed pretty unfair.  She would emerge to find that an illusion was used to lead her into a trap or she would slam into a barrier.  Others have managed to fish her out of The Void, but that’s a special case.  I can’t say this is surprising since this is the power that I would make a priority in terms of negating.  Clyde is insanely strong and has illusions, but he needs to reach you.  Lost has potent psychic powers, but there are previously established defenses againast that.  Chastity’s charms, Bob’s horses, Titus’s strength, and every Dawn Fang power has a pre-existing counter or isn’t a direct threat.  Except for Mab who can now appear anywhere she wants to either kill or steal.  She has full access to everything in Windemere, which makes her an incredibly big threat.  This rather quick development of counters to her power is a reason why she might grow a little slower.  Then again, you’ll see what happens with her and how she uses The Void in War of Nytefall: Rivalry.

Charles E. Yallowitz was born, raised, and educated in New York. Then he spent a few years in Florida, realized his fear of alligators, and moved back to the Empire State. When he isn't working hard on his epic fantasy stories, Charles can be found cooking or going on whatever adventure his son has planned for the day. 'Legends of Windemere' is his first series, but it certainly won't be his last.
View all posts by Charles Yallowitz →
This entry was posted in War of Nytefall and tagged darkness, Dawn Fangs, dimensions, epic fantasy, fantasy, high fantasy, Mab, monsters, rivalry, shadows, sword & sorcery, traveling, vampires, void, War of Nytefall, Windemere, world building. Bookmark the permalink.

34 Responses to The Void. The Shadow Dimension. The Darkness. Mab’s Little World.