The Decoy/False Protagonist: Fooled You!

Posted on March 4, 2019 by Charles Yallowitz 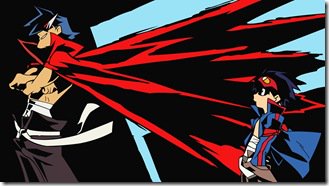 I kind of stumbled onto this concept while looking for something else.  I don’t actually remember what I was searching for because this was more interesting.  At first, I thought I did it with Beginning of a Hero when I introduced the paladin, but Luke Callindor had shown up first.  It was also clear that he was the hero of the story, which means I haven’t attempted a False/Decoy protagonist yet.  Now, what is this?

A False Protagonist is a literary trick where the author creates a hero that they build up as the main character.  At some point in the story, this character is either eliminated or turned evil to reveal that he/she/it is not the true protagonist.  Various methods of removal include death, memory wipe, disappearance, retirement, crippling injuries, or simply giving up.  This is typical done for shock value, which is why it’s called a trope, but it still works.  Now, the real protagonist could be a supporting character or someone that shows up with a connection later.  Normally, the audience has already met the real hero or at least has heard of them.  This character carries the story to its finale in a way that makes sense, so you need to work on a good transition.

You do have some risks here because people might become so attached to the False Protagonist that they refuse to continue.  An example here is Gurren Lagann, which has Kamina as the hero for the first leg of the story only to be replaced by Simon who proves to be the real protagonist.  This worked because they were friends and Simon stepping into the role felt natural.  Still, I’ve met many people who liked Kamina so much that they stopped watching after he was gone.  Is there a way to counter this?  Not perfectly because you can’t force readers to bond with every character.  Everyone picks their favorites and gamble on those characters getting a lot of page time as well as surviving.  So, a False Protagonist really needs to be done with the idea that you’re going to lose some readers with the transition.

Personally, I find this technique intriguing and keep thinking about how many times I’ve run into it.  Probably not as much as I believe since I read a lot of stuff this is fairly straightforward.  Video games do this a bunch like Metal Gear Solid 2 and Final Fantasy X, which I enjoyed.  Not really sure I could pull this one off either.  Partially because I blog a lot and love introducing characters, so I’d probably ruin it by accident.  The other is that I tend to be fairly straightforward and blunt.  Yet, I could probably pull it off for a few chapters if I put my mind to it.  There is one story where I was thinking of doing that, but the blurb might out me as well as the series title.  Guess there are some tricks I’m simply not designed for.  Wonder if Crossing Bedlam counts since it starts with Cassidy having a team and then Lloyd kills everyone except her.  Eh, I’ll count it for now.

Charles E. Yallowitz was born, raised, and educated in New York. Then he spent a few years in Florida, realized his fear of alligators, and moved back to the Empire State. When he isn't working hard on his epic fantasy stories, Charles can be found cooking or going on whatever adventure his son has planned for the day. 'Legends of Windemere' is his first series, but it certainly won't be his last.
View all posts by Charles Yallowitz →
This entry was posted in Thoughts and tagged author, decoy, false hero, false protagonist, fiction, writing. Bookmark the permalink.

29 Responses to The Decoy/False Protagonist: Fooled You!