Top of 2016 #1: Guest Post: Writing Weird Stuff- Or Breaking Every Rule in the Book by Sue Vincent

Posted on January 1, 2017 by Charles Yallowitz

(I’m going to be posting the Top 7 posts of 2016 this week.  I only chose the ones that debuted in 2016 since a lot of old ones hit the mark like Dinosaurs in Fantasy and Conflict: Fancy Way of Saying Good Vs. Evil.  The top of the list is a guest post by Sue Vincent, which originally turned up HERE last January.) 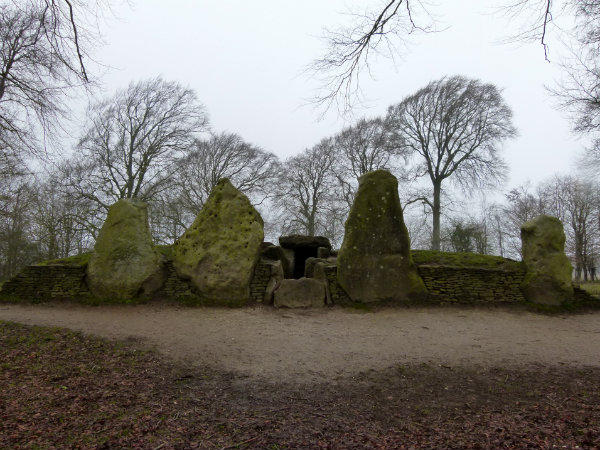 We never set out to write a book. We were just a couple of friends who fell into an incredible adventure… an adventure we didn’t even begin to understand for quite some time.

Even that first weekend was an ‘accident’… we had been supposed to attend another gathering that had been cancelled; an event to mark the coming into being of the Silent Eye, a spiritual school we were helping to bring to birth. We decided that, rather than waste the time off, Stuart would travel the two hundred miles south to my home. From there we could visit Wayland’s Smithy, a burial mound, over five and a half thousand years old… and possibly take in a few of the other sacred sites of England. You might call it a bit of spiritual tourism. But there was more to it than that.

When the white owl flew up at us from the roadside in broad daylight, mere feet away, we knew it was unusual… but even that didn’t alert us to what was about to happen. And then, there were the Hellfire Caves and the red kites… and the Dragon. Yes, honestly. A Dragon. And a trail of synchronicities that led us through an ancient and mysterious landscape, delving through myths and legends on a quest for understanding… and that was before we saw the rainbow coloured light… though it would take a while before we fully realised the magnitude of what we were seeing.

So, we wrote the first book; The Initiate. But the adventure continued, joining the dots in weird ways as we went, leading us between knowledge and understanding. So we wrote another… and another… and now there are seven in the series, with two more planned, as well as graphic novels and our own books.

We wrote the stories as fictional accounts, to allow us a little more freedom, but the events and stories are true. The conversations between ‘Don’ and ‘Wen’ are as they happened, many of them word for word. We wove ancient tales and legends through the story. We wrote of visions seen with the inner eye, of magical rituals and shadowy forms glimpsed in the half light. It is only at the end of the sixth book that we introduced a purely fictional element to frame the adventure… and that is probably the most believable bit of the book.

We always knew that we were writing for a niche market, even though the books are accesible. We took a decision to provide both ebooks and print, even though the cost of full colour printing meant we had to set a higher price than we would like. We have never even found an accepted genre into which they fit, one of the first rules of book-marketing… which makes it difficult to ask for help publicising them. Knights Templar rub shoulders with ancient shamans at the Round Table, Merlin walks side by side with standing stones through sacred hills where fairy tales are echoed in stained glass and medieval church paintings.

The books are entertaining and informative, bringing glimpses of the Otherworld into everyday life and questioning ingrained beliefs that we take for granted, but they are not your usual fiction. We break a good many rules; the point of view changes frequently, we mix time periods, explore pan-religious iconography and spirituality both ancient and modern, while encouraging the reader to go out and explore for themselves. We began with a riddle and end each book with a gazeteer that tells you nothing and everything.

We’ll never make a million from these books… there are no vampires, there is no sex… well, apart from the story of Father Fish… and the violence is all historical. But the books have changed our lives and opened up a whole new vision of the world for us. I don’t think you can ask much more than that… except perhaps, a few reviews from those readers who enjoy them enough to keep coming back for more!

Our favourite line from a review reflects exactly what we set out to achieve… and I hope we did. “Although a very mature, serious and in many ways learned study and in no way to imply a simplistic form, there is also about it the originality, freshness, zest and sheer joie de vivre of some of the much beloved adventure stories of my childhood – an irresistible and all too rare combination.”

Stuart and I would like to thank Charles Yallowitz for giving us the opportunity to talk about our adventures.

The writing partnership of Stuart France and Sue Vincent has a peculiar alchemy of humour, scholarship and vision that has given birth to several books, including the six volumes of The Triad of Albion and the Doomsday series.

Stuart France – writer and mystic; author of ‘The Living One’ and ‘Crucible of the Sun’ has a deep and practical knowledge of the Western Mystery Tradition, having followed a Path that has taken him hopping through the branches of the Trees of Knowledge and Delight. His astonishing work with symbolism and the interpretation of myth comes from a profound understanding and love of life and humanity. After gaining his BA in Philosophy and Literature, and his MA in Writing, he studied with OBOD, AMORC, and the Servants of the Light and is now a Director of The Silent Eye School of Consciousness.

Sue Vincent is a Yorkshire born writer and Director of The Silent Eye. She has been

immersed in the Mysteries all her life. Sue maintains her Daily Echo blog and is co-author of ‘The Mystical Hexagram’ with Dr G. Michael Vasey as well as a number of other books. Sue lives in Buckinghamshire, having been stranded there some years ago due to an accident with a blindfold, a pin and a map. She has a lasting love-affair with the landscape of Albion, the hidden country of the heart. She is currently owned by a Small Dog who also blogs and gets all the fan mail.

The Silent Eye is a modern mystery School, founded by Steve Tanham, that seeks to bring the magic of personal awareness to everyday life. The school operates as a not-for-profit organisation, offering regular workshops and a course of individually supervised experiential study, with students worldwide.

Books can be found on Amazon in print and ebook format.

You can also visit the blogs: Sue Vincent’s Daily Echo, Stuart France and The Silent Eye.

Charles E. Yallowitz was born, raised, and educated in New York. Then he spent a few years in Florida, realized his fear of alligators, and moved back to the Empire State. When he isn't working hard on his epic fantasy stories, Charles can be found cooking or going on whatever adventure his son has planned for the day. 'Legends of Windemere' is his first series, but it certainly won't be his last.
View all posts by Charles Yallowitz →
This entry was posted in Guest Blogging, Spotlight and tagged ancient civilisations, author, blogging, dragon, Earth mysteries, guest blog, magic, sacred sites, stone circle, Uffington, Waylands Smithy, writing. Bookmark the permalink.

7 Responses to Top of 2016 #1: Guest Post: Writing Weird Stuff- Or Breaking Every Rule in the Book by Sue Vincent