As explained previously, ‘Teaser Tuesday’ is on a break.  So enjoy some Windemere fan art from Kayla Matt!

Aeriel the Insanity Goddess
(Debuts in The Merchant of Nevra Coil)

Ram the God of War
(Debuts in Prodigy of Rainbow Tower)

Ehre the Loyalty God
(Debuts in The Mercenary Prince) 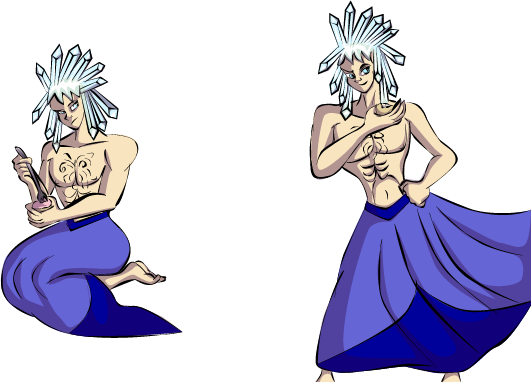 Tune in next Tuesday for the final grouping.  Who will it be?  What books will be linked?  Is this ending really building suspense or causing people to roll their eyes?

Charles E. Yallowitz was born, raised, and educated in New York. Then he spent a few years in Florida, realized his fear of alligators, and moved back to the Empire State. When he isn't working hard on his epic fantasy stories, Charles can be found cooking or going on whatever adventure his son has planned for the day. 'Legends of Windemere' is his first series, but it certainly won't be his last.
View all posts by Charles Yallowitz →
This entry was posted in Legends of Windemere and tagged adventure, art, drawing, epic fantasy, fan art, fantasy, fiction, goddesses, gods, high fantasy, Legends of Windemere, magic, sword & sorcery, Windemere, writing. Bookmark the permalink.