Heat and not sleeping well has made me drowsy.  It probably doesn’t help that I’ve been doing walks in the humidity (errands) and stay in a hot part of the house to get work done.  What work?  Well, I’m just cranking out characters for a story that I’ll write next month entitled ‘Crossing Bedlam’.  Probably have 12-13 more characters to design and then a simple outline.  This is my ‘exiled from the house’ project.  It also means I haven’t touched the editing I planned on touching.

In fact, I found that there are a lot of things I haven’t been doing.  A big one is that I never made good on my plan to do a monthly TWUBS chat.  It simply fell apart when my weekends and nights got chaotic.  Various trips, gatherings, and a nightly battle with the kid to put him to bed made it that I wasn’t freeing myself up until 8:30-9 PM.  I did try a midday one once, but that didn’t go very well.  Only 1-3 people showed up and I kept losing the connection or having to handle a phone call.  This might be moved to ‘special event’ status. 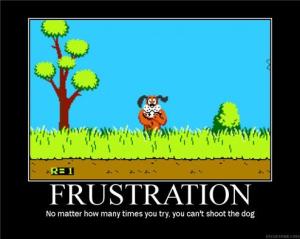 I’m also looking at how I need to schedule some posts for August and I just can’t get myself to do it.  I have a few topics to use, but I kind of feel like I’m going through the motions at this point.  People ask me the same questions, I’ve covered so much in the past, spoilers are a high risk when it comes to anything book related, and so many other stumbling blocks.  Still, I will hopefully have a new book coming out that month and I need to do something.  Just not sure what.  There’s always the idea of doing a month of character bios and interviews.  13 posting days, so I can cover 13 characters.  A challenge there is that some of the characters may cause some people to ask spoiler questions.  So I might leave some out for now.  The list I have is:

I might phase out one or two for others since their previous outings haven’t netted any responses.  Just not sure who to put in there.  The problem is that I constantly have people requesting a character to be highlighted and then the post gets no reaction.  Not even from those that made the request.  Again, I’m not sure how to tackle this in a way that I haven’t before.  Maybe I’ll make a post that asks people to leave questions for the characters to answer in their posts.  So it’ll be a pre-written interview instead of a live one.

Only other update is that . . . well, I found I can’t go into that in a public forum.  Again, I’ve learned that certain people are watching this blog and react in the real world when I write something that they don’t like.  I might add this part into the Saturday thing, but right now I have a bit too much to do to deal with drama.  It’s very debilitating and inescapable, which sucks.  In fact, I’m pretty sure it’s hurt me a bit here because I can’t really do the personal stories.  Caught a little flack for the fireworks tale and I’ve been told that certain people aren’t happy when I post pictures of my son.  So my hands are kind of tied in this arena.

Anyway, that’s the skinny and now I should stop putzing around.  Need to create a fun character for the story.  Just having trouble picking a hat for this female British warlord that wants to turn a city into a ‘civilized’ place.  Forget the fact that she has a lethal temper and one of her first actions is to shoot a guy for making a bad cup of tea.  🙂

Charles E. Yallowitz was born, raised, and educated in New York. Then he spent a few years in Florida, realized his fear of alligators, and moved back to the Empire State. When he isn't working hard on his epic fantasy stories, Charles can be found cooking or going on whatever adventure his son has planned for the day. 'Legends of Windemere' is his first series, but it certainly won't be his last.
View all posts by Charles Yallowitz →
This entry was posted in Uncategorized and tagged characters, interviews, Legends of Windemere, updates, week, Windemere, writing. Bookmark the permalink.