LIVE ON AMAZON KINDLE- Legends of Windemere: Sleeper of the Wildwood Fugue

Posted on April 7, 2015 by Charles Yallowitz

LEGENDS OF WINDEMERE:
SLEEPER OF THE WILDWOOD FUGUE
LIVE on Amazon Kindle! 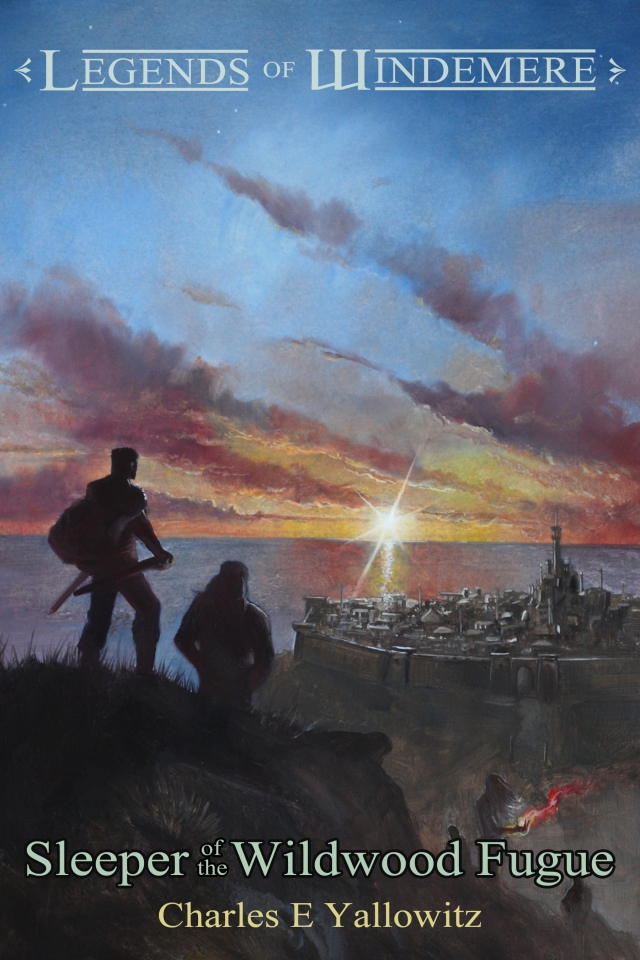 The final champion stirs and reaches out to any who can hear her voice. Yet all who heed her call will disappear into the misty fugue.

Awakening their new ally is only the beginning as Luke, Nyx, and their friends head south to the desert city of Bor’daruk. Hunting for another temple once used to seal Baron Kernaghan, they are unaware that the game of destiny has changed. Out for blood and pain, Stephen is determined to make Luke wish he’d never set out to become a hero.

By the time the sun sets on Bor’daruk, minds will be shattered and the champions’ lives will be changed forever.

Don’t forget to mark it as ‘To Read’ on Goodreads too!

Charles Yallowitz was born and raised on Long Island, NY, but he has spent most of his life wandering his own imagination in a blissful haze.  Occasionally, he would return from this world for the necessities such as food, showers, and Saturday morning cartoons.  One day he returned from his imagination and decided he would share his stories with the world.  After his wife decided that she was tired of hearing the same stories repeatedly, she convinced him that it would make more sense to follow his dream of being a fantasy author.  So, locked within the house under orders to shut up and get to work, Charles brings you Legends of Windemere.  He looks forward to sharing all of his stories with you and his wife is happy he finally has someone else to play with.

Read the Previous Volumes of Legends of Windemere!!!

BEGINNING OF A HERO

ALLURE OF THE GYPSIES

CURSE OF THE DARK WIND

Charles E. Yallowitz was born, raised, and educated in New York. Then he spent a few years in Florida, realized his fear of alligators, and moved back to the Empire State. When he isn't working hard on his epic fantasy stories, Charles can be found cooking or going on whatever adventure his son has planned for the day. 'Legends of Windemere' is his first series, but it certainly won't be his last.
View all posts by Charles Yallowitz →
This entry was posted in Sleeper of the Wildwood Fugue and tagged action, adventure, amazon, Amazon Kindle, author, barbarians, casters, demons, desert, dragons, elves, epic fantasy, fantasy, fantasy series, Fizzle, goblins, gypsies, high fantasy, kindle, Legends of Windemere, Luke Callindor, magic, Nyx, Sari, series, sorceresses, sorcery, spellcasters, sword & sorcery, swords, Timoran, Timoran Wrath, warriors, Windemere, wizards, writing. Bookmark the permalink.

48 Responses to LIVE ON AMAZON KINDLE- Legends of Windemere: Sleeper of the Wildwood Fugue