Posted on October 20, 2014 by Charles Yallowitz

Welcome to the Fall Into Fantasy Tour, where we are keeping your mind off any end-of-summer blues and welcoming the cooler weather by introducing you to some incredible fantasy reads to curl up with and giving you plenty of chances to win awesome prizes! 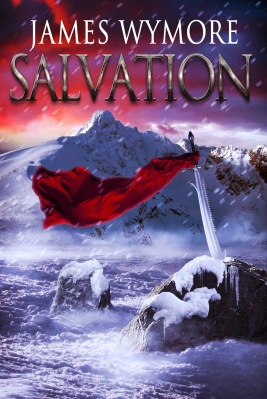 A man wakes on a frozen battlefield when a scavenging couple finds him among the dead. As they nurse him back to health, he is struck with the horrible realization he can’t remember who he is or anything about his past. Taken in by the kind pair, he begins helping with their farm. She even takes him to meet her family, especially her single sister. The ideal life offered in the high mountains of Winigh is shattered when he sees a transport bringing enemy monsters to the shores below. Cut off by high snow on the pass, their fate will soon be the same as the town his company failed to protect in the last battle, if this estranged soldier cannot help them fight off the next wave of invaders. Even worse, the people of the town don’t trust this Selene soldier. He has a strange resistance to their folk magic which some say make him as dangerous as the enemies preparing to destroy them.
Buy it from: Amazon  Barnes & Noble  Kobo
Or add it to Goodreads

ABOUT JAMES WYMORE
On a lifelong search for fantastic worlds hiding just out of sight, James Wymore writes to explore. With three books and six short stories in print after just one year, he continues to push the boundaries of imagination. Journey with him at http://jameswymore.wordpress.com
Find James online:
Website & Blog  Facebook  Twitter

Want to get involved with the Fall Into Fantasy promotional tour?

Charles E. Yallowitz was born, raised, and educated in New York. Then he spent a few years in Florida, realized his fear of alligators, and moved back to the Empire State. When he isn't working hard on his epic fantasy stories, Charles can be found cooking or going on whatever adventure his son has planned for the day. 'Legends of Windemere' is his first series, but it certainly won't be his last.
View all posts by Charles Yallowitz →
This entry was posted in Spotlight and tagged adventure, amazon, Amazon Kindle, author, B&N, Barnes & Noble, blog tour, blogging, epic fantasy, fantasy, high fantasy, magic, nook, writing. Bookmark the permalink.