Ghosts: The Beloved and Ignored Monster

Posted on October 30, 2013 by Charles Yallowitz 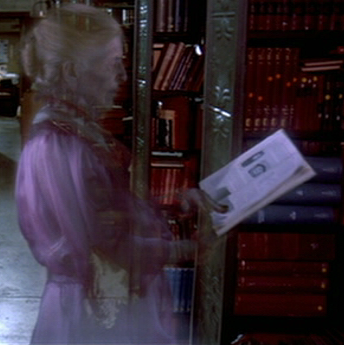 First, I don’t think they ever busted this one.  The Ghostbusters never went back to the library, so I assume she’s still there.

Anyway, I was commenting with Jack Flacco (buy his book Ranger Martin and the Zombie Apocalypse) and he brought up how the economy effects the interest in vampires and zombies.  I could explain, but check out his post on the subject.  I had asked about the non-undead monsters like werewolf, The Monster, black lagoon creature, and ghosts . . . then I realized ghosts are undead.  In fact, ghosts are always around and we never seem to give them credit for their longevity.

When was the last year a ghost or haunted house movie never came out or there wasn’t anything on the television that had ghosts involved.  Supernatural began with ghosts and always returns to these.  The ghost plots tend to be similar too, but they are always entertaining.  Something about this monster draws a person in and really chills our blood.  I would say more than the others.  The physical monsters will tear you apart and devour you.  A ghost will fling you around, impale you with objects, make walls bleed, and all around screw with you.  This isn’t even counting possession.  What can you do if you’re faced with it?  Jack shit if you lack salt, an exorcist, iron, or whatever the ghosts of the world are ‘hurt’ by.  That’s the thing too.  If you go by Supernatural then using most of this things only dispels the ghost.  The bastard comes back a few minutes later and undoes whatever you did the first time.  Even the exorcist isn’t a sure thing because the enraged ghost always materializes and tries a final attack.  Unless you have a proton pack or a flamethrower trained on their body, you’re proper fucked.

Now, I’ve said why I find ghosts awesome and you can gauge how to use them in a story from this.  It isn’t about the straight on attack with a ghost.  It’s a build up of rage and an escalation of aggression.  Ghosts typically start with ‘get out’ tactics and then comes the ‘I warned you’ stuff.  Writings in the steamed mirror and nightly voices turn into pianos crashing through walls and shrieks of the damned.  That’s the trick with a ghost.  You don’t start with a bang, but a whisper and build it up until it is a cacophony of screams.  I think this is why the ghost is a solid monster that stays under the radar.  People love to be scared, but the modern version is gore and violence.  The ghost is better suited to the slow build and suspense unlike its zombie brethren.  Sure the zombie is slow, but you still see it while the ghost has that moment of not being sure it’s there.  Many characters don’t even believe until something big happens.

So, let’s hear it for the ghosts during this time of year.  Sing along, everyone!

(Tomorrow I’m posting the last of my three favorite Halloween songs.  They haven’t been in order and I’m sure people know what’s coming.)

Charles E. Yallowitz was born, raised, and educated in New York. Then he spent a few years in Florida, realized his fear of alligators, and moved back to the Empire State. When he isn't working hard on his epic fantasy stories, Charles can be found cooking or going on whatever adventure his son has planned for the day. 'Legends of Windemere' is his first series, but it certainly won't be his last.
View all posts by Charles Yallowitz →
This entry was posted in Thoughts and tagged author, ghost story, ghosts, horror, suspense, undead, writing. Bookmark the permalink.

46 Responses to Ghosts: The Beloved and Ignored Monster