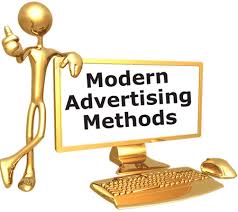 I signed up for Ereader News Today.  This site was suggested by King Midget, who has seen a lot of success with it.  He is the expert, so visit his site and learn a lot about self-publishing.  You won’t be disappointed.

I only signed up today, so I have no feedback on how well it works.  Here is what I do know about Eredear News Today:

I’m sure you guys are looking at this and thinking ‘no’.  I did too, but it’s free to sign-up.  That 25% cut had me nervous.  Then, I thought it through and realized that it would imply I made some money.  With all of the free sites that I have myself connected to, I don’t think adding this into the mix would be a bad idea.  It’s also advertising, so tax deduction.  Again, King Midget is the expert on this and he made a very good case.

I’m also looking at this in terms of the series.  The first book on this can help draw people into the sequel (once it debuts) and this site can increase its reach.  Beginning of a Hero is a guinea pig to some extent.  It’s my first book and the foundation of everything that comes later.  So, this type of site should help me out.  I’ll keep an eye out for my book to show up in their newsletter and then check the sales.

Watch me forget to check for the newsletter, but I’ll know something is up if I get a sudden influx of sales.

Charles E. Yallowitz was born, raised, and educated in New York. Then he spent a few years in Florida, realized his fear of alligators, and moved back to the Empire State. When he isn't working hard on his epic fantasy stories, Charles can be found cooking or going on whatever adventure his son has planned for the day. 'Legends of Windemere' is his first series, but it certainly won't be his last.
View all posts by Charles Yallowitz →
This entry was posted in Uncategorized and tagged advertising, author, ebook, marketing, writer, writing. Bookmark the permalink.