Starting Stories at the Start 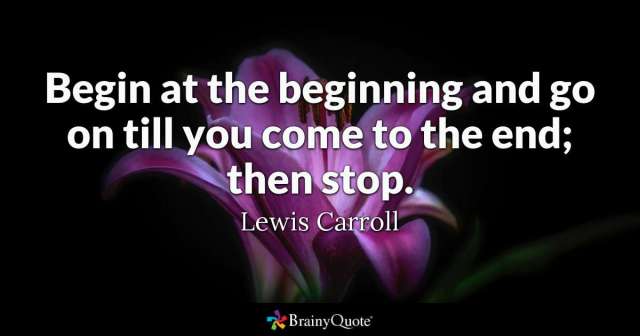 Did you know that a story can start at any point?  I’m sure most people did, but they aren’t always easy to pull off.  I’ve never had the urge to start a story from the middle or the end, but I’ve seen it done.  Sometimes it’s amazing.  Other times, it’s incredibly clunky because the pacing was off.  That’s how it goes.  Let’s take a look at the 3 ways of doing this.

I’m starting with the traditional one where you start at the beginning.  This can take various forms, but they all work the same way.  Events go in chronological order with no backtracking unless you’re showing synchronous events.  That’s not really time jumping, but showing two scenes that are happening at the same time.  The beginning of the story is still the beginning.  So, how can this be done?

There are probably a lot more ways to start at the beginning.  I’d say it’s the most flexible of the three methods.  That’s why there isn’t much else to say about it.  I’ll open the floor to others in the comments.  Enjoy.

Charles E. Yallowitz was born, raised, and educated in New York. Then he spent a few years in Florida, realized his fear of alligators, and moved back to the Empire State. When he isn't working hard on his epic fantasy stories, Charles can be found cooking or going on whatever adventure his son has planned for the day. 'Legends of Windemere' is his first series, but it certainly won't be his last.
View all posts by Charles Yallowitz →
This entry was posted in Thoughts and tagged author, beginnings, sequence of events, stories, traditional, writing. Bookmark the permalink.

28 Responses to Starting Stories at the Start