Posted on October 29, 2021 by Charles Yallowitz 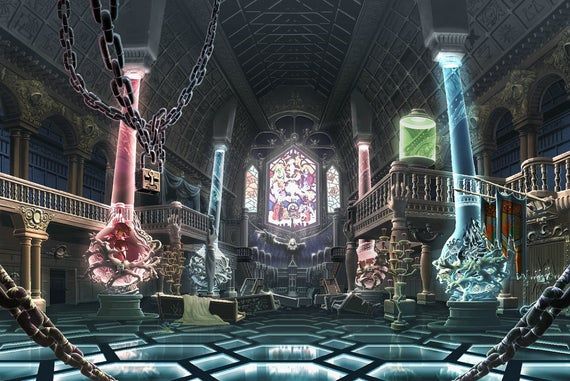 Welcome to this year’s final Monster Maker Fun post.  Our first 3 come from the words of C.S. Boyack.

Pure white with a little red around the joints, these insects live on the astral plane where they move in small swarms.  They search for any psychic tethers, which can be connected to dreamers, telepaths, or someone who is simply zoning out.  Psionic beetles will cut the tether and hold onto the part that is connected to the physical plane.  Once the person or animal stirs, they are brought to the physical plane.  Nobody sees them at first as they are ephemeral and need to absorb the ambient energy of the world to become solid.  This changes their color to a black or dark brown.  By the time they have fully integrated with our world, they resemble more mundane beetles and have lost the ability to return to the astral plane.

This predatory bird has the spots of a leopard, which helps it blend into the tall grasses of its habitat.  They resemble a crane with an amber plume on the top of their heads.  Clawed feet allow them to tightly grip prey and carry it to high branches where the body is stored for use.  The tree they use is their own territory, which they mark by slashing the trunk with their beak.  Battles of trees are common and many instances of the loser becoming a meal have been witnessed.  Being slender and weak creatures, the Leopardoptera requires a week to recover the strength to fly again if they have prey.  Flying unencumbered, they can travel for one hundred miles without needing rest.  When stuck on the ground, they depend on running to avoid predators until they can reach their tree.  Once there, they climb up using on their legs.

Aside from being an offensive swear word in several cultures, this is also a rather slow-witted creature.  In fact, the word comes from these notoriously dumb beasts that resemble sheep.  The difference is that their soft fleece is smooth and perfect orbs instead of what you see with wool.  Mooshcoosh also have a mushroom growing out of their heads and connected to their brains.  The root system that is running through their brains is why they are so stupid. They will walk off cliffs when distracted by clouds, drown while getting drinks, and have been known to be terrified by their own shadow.  Parents will forget their children right after birth if anything draws their attention away.  This is a constant threat, which is why many organizations exist to take care of the kids before releasing them back into the wild.  All attempts to make them smarter has failed.  Either the Mooshcoosh stays slow-witted or they are killed by the others in a fit of terror.

The next and final 3 are from the words of Deby Fredericks.

This animal has the name of a disease because that is what people thought it was before they found the truth.  Rapidly damaging flesh, scientists believed it to be a fast-moving virus and tried to treat it.  Some methods worked while others did not, which caused confusion.  It was not until someone inspected the veins of the newly infected that they found it was a small parasite.  While not microscopic, the Lacrosis is small enough to get into the arteries and lodge themselves inside.  They spread their toothless mouths open to catch the blood and quickly processes it to leave useless waste, which results in blackish sweat.  By blocking the flow of blood, they swiftly cause necrosis in an area before burrow out of the artery and moving on to another body part.  The only way to get rid of a Lacrosis is through dialysis, which will also get rid of the eggs.  It takes several sessions and insurance companies are still debating on if this should be covered.

A brown-furred marsupial found in coastal regions, they are small enough to be mistaken for field mice.  It is only when you hold one that you notice the pouch, which is on their back.  This flap of skin is small until they begin putting food and random objects inside to bring to their nest.  Minimmin are surprisingly strong and can carry about one pound in their pouch without being encumbered.  This makes them easier targets for predators, which is why they have a long, whip-like tail.  It is bald and has rough skin, so getting struck is like being hit by sandpaper.  This typically stuns the predator long enough for them to eject whatever is in their pouch.  Minimmin become very flexible in this state and can wriggle away even if clenched in claws or jaws.  When they have a baby inside the pouch, the mother goes into hibernation and depends on the rest of the local colony to feed her in her sleep.

Worshipped as a local guardian, this bear lives in the deep forests of Tapero.  It has green fur due to all of the plants and moss that it eats.  While its diet is primarily plants, it does eat insects and any small animals it can catch.  The rest of the meat it gets comes from offerings left out by worshippers.  Shorsakas are big and fairly slow, which makes it difficult for them to catch the faster animals of the forest.  They are strong, but have a high level of caution, so they avoid anything perceived as a threat.  Local deer with large horns have been known to drive them off fairly easily and they routinely lose food to wolves and foxes.  The only time a Shorsaka becomes enraged and aggressive is if they see or hear a child is in danger.  Not only their own children, but even those of other species.  This anger leads to a burst of speed and is why they have the reputation of being a guardian.

Charles E. Yallowitz was born, raised, and educated in New York. Then he spent a few years in Florida, realized his fear of alligators, and moved back to the Empire State. When he isn't working hard on his epic fantasy stories, Charles can be found cooking or going on whatever adventure his son has planned for the day. 'Legends of Windemere' is his first series, but it certainly won't be his last.
View all posts by Charles Yallowitz →
This entry was posted in Monster Maker Fun and tagged creativity, halloween, imagination, Monster Maker Fun, monsters, october. Bookmark the permalink.