The Paladins of Windemere are Marching

Posted on September 13, 2021 by Charles Yallowitz 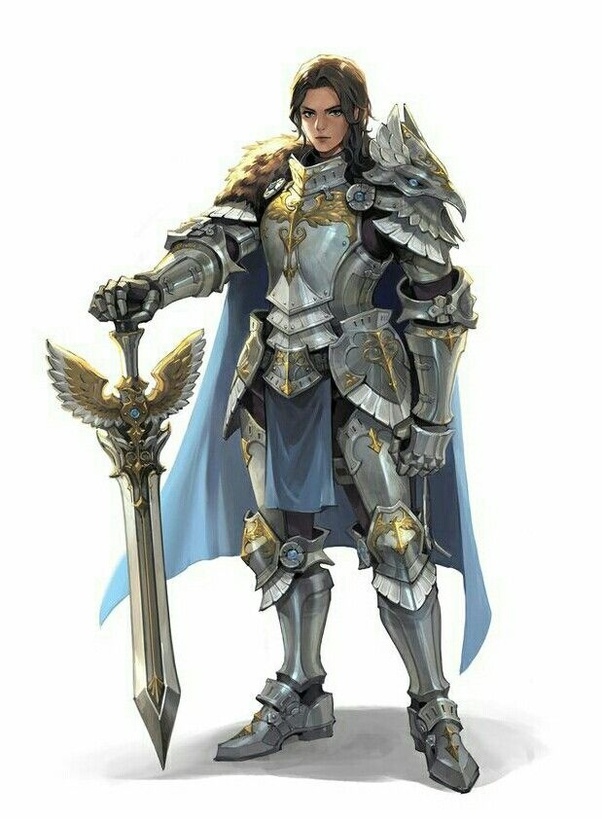 I’m hard-pressed to remember if I’ve had a paladin appear before War of Nytefall: Anarchy.  Actually, I believe there was one or two in Loyalty when Clyde was freed from the underground.  Still, they’ve been a fairly absent group in a story revolving around vampires.  Why?

I’m always very cautious about using paladins.  In my mind, they’re probably one of the rarest kinds of warriors.  You need to be skilled in fighting, strong enough to use the heavy gear, and possess an incredible amount of divine power.  Frankly, it’s easier to become a battle or high priest(ess), which I assume most followers of a deity aim for.  Paladins require that level of devotion that makes them borderline or over the top zealous when it comes to their faith.  I mean, they’re smiting things they believe are evil, which doesn’t always allow for areas of gray.  It would also explain why there’s a short life expectancy on these guys.  All of this combined means I can’t keep tossing them into stories like they’re being cranked out of a factory.

Paladins end up having a bad wrap with me, which comes from Dungeons & Dragons.  I would always see them being used as pompous, to the letter characters that caused party conflict.  If you had a thief in the group then the paladin would continuously try to make them honest and spoil their fun.  Everyone who wasn’t a devotee would get constantly criticized or preached too.  This probably came from players who knew ‘religion’ was a key component and didn’t personally like the concept, so you get a zealot who is fairly intolerable.  That all carried over with me, which means paladins are a group I struggle to use effectively.

Anarchy isn’t going to improve on that since the heroes are the vampires and this paladin army is out to destroy them.  There’s definitely more to it than that, but they are the lingering threat on the horizon.  It’s different from Lou Kandrel’s army in Eradication, which was mostly priests and non-holy fighters.  This group is made up entirely of heavy hitters in a variety of temples.  Normally, a few paladins would be sent out to deal with a threat.  We’re talking around one hundred men and woman with the power to set a vampire on fire with a single blow.  At least a normal one, but Dawn Fangs are still in trouble.  If for no other reason than paladins are always confident and loud, which can make them fairly intimidating.

Now, what exactly is going on here and why are the paladins marching now?  Previously, the temples, specifically Durag, were waging battles against the vampires.  It was an official war, so all the paladins whose orders were not involved stayed out of it.  Now, someone is attacking members of every temple.  It’s a clear declaration of war against all of the gods and goddesses, which is why the most dedicated of their orders are joining forces.  This has never happened before or at least to this scale since most threats target one or a handful of temples.  You’d have to be suicidal to anger all of them, but here we are with a paladin army making history.

I did have to be careful in how I used them.  There couldn’t be too many encounters or the fights would swiftly lose their appeal.  Holy magic versus Dawn Fang abilities were fun to write, but I could tell right away that it had a limited lifespan.  The variety came from who was attacked since that would change the methods.  Running into Chastity Sullivan who uses telekinesis and charm mist will have a different feel than if the paladins were facing off with Mab and her claws.  So, I used them sparingly and treated them as a looming threat instead of a more active one.  This made their appearances feel special and have more impact.

So, there are the paladins.  Hope everyone enjoys them.

Charles E. Yallowitz was born, raised, and educated in New York. Then he spent a few years in Florida, realized his fear of alligators, and moved back to the Empire State. When he isn't working hard on his epic fantasy stories, Charles can be found cooking or going on whatever adventure his son has planned for the day. 'Legends of Windemere' is his first series, but it certainly won't be his last.
View all posts by Charles Yallowitz →
This entry was posted in War of Nytefall and tagged action adventure, anarchy, Dawn Fangs, fantasy, holy warriors, magic, paladins, purification, smiting, sword & sorcery, vampires, War of Nytefall, Windemere. Bookmark the permalink.

10 Responses to The Paladins of Windemere are Marching