The Pain of Being Told ‘Just Be Positive’

Posted on August 2, 2021 by Charles Yallowitz 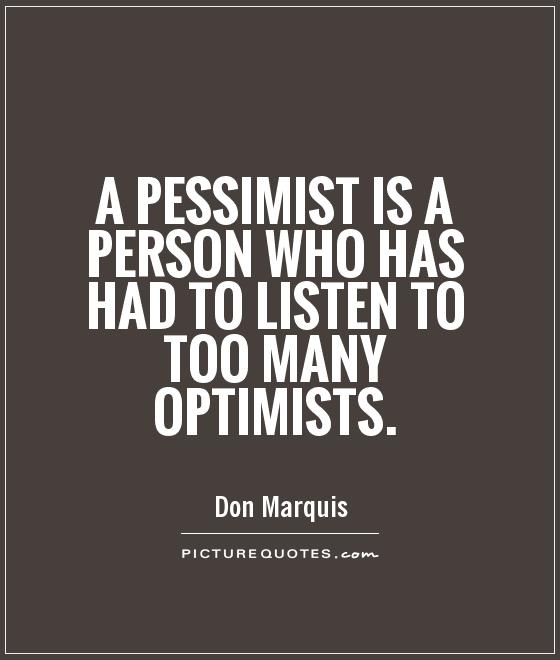 You might not be surprised to learn that I am a negative person.  Pessimism tends to be my default if I’m stressed, tired, or not paying attention to my surroundings.  Comes from many things, but I’m not getting into that.  What I want to talk about is the truth behind many people who are considered negative.  I will start by writing the phrase that many have used as if it fixes things:

Well, why didn’t I think of that?  Let me just get a screwdriver and flip the switch in my brain from negative to positive.  Your words have made everything so clear that I’m now a full blown optimist.  My remaining days will be beautiful, perfect, and full of so many rainbows that I’ll think I’m living in a box of fucking Lucky Charms.

That might not be what I say out loud, but that is kind of what goes through my head when somebody hits me with that phrase or something similar.  It feels insulting as many people who are negative can attest.  It comes off as the person telling me to simply change my mood and mindset.  Not because they want me to improve, but because they don’t want to deal with it.  Demands for a negative person to be positive or to suggest that such people simply be cut out are rather selfish.  At least, they are if you do it without trying to see if there’s more to the story.

People aren’t usually negative because they enjoy it.  This is created within them by trauma and pain.  They have been disappointed, bullied, smacked down, and battered so often that they cannot muster positivity.  In fact, it can reach a point where the sensation of being positive stirs anxiety.  After all, if every time you’ve been happy or positive has resulted in soul-crushing defeat then you’re not inclined to put yourself in that situation again.  Negativity and pessimism become a defense mechanism that shields you from further pain.  This isn’t much of a consideration by people from what I can tell unless they really get to know each other.

Don’t get me wrong.  It’s difficult to handle someone who is negative even when you are in the same boat.  We can handle our own pain and negativity rather easily.  Coming from the outside means it’s not our own suffering and we instinctively try not to let it merge with what we’re already fighting.  A big difference is that a person who is knowingly negative won’t tell another negative person to ‘be positive’.  This is because there’s some understanding that the situation needs more than a simple fix.

It’s difficult being a negative person, especially when you have to fake optimism in some situations.  This can be treacherous.  If you get comfortable then the negativity can leak out at times.  Many times it can be dark humor, which a negative person won’t realize is strange until people are staring at them.  For those who have inescapable toxicity around them feeding the pessimism, you have an added danger of things building up beneath the surface.  One bad day can result in an outburst, which people won’t understand because they didn’t know you had this issue.

This is a difficult topic.  Going to explore it a bit more with poetry and questions later in the week.  It’s hard to put into words and be sure I’m getting the points across.  Mostly, I just hope people understand that negativity and pessimism can be born from pain that is still roiling in a person’s soul.  Telling them to be positive, which is a statement that started me thinking about this, really feels like a slap in the face.  Guess this is what happens when we’re taught it’s better to hide mental health issues than speak about them in the open.

Charles E. Yallowitz was born, raised, and educated in New York. Then he spent a few years in Florida, realized his fear of alligators, and moved back to the Empire State. When he isn't working hard on his epic fantasy stories, Charles can be found cooking or going on whatever adventure his son has planned for the day. 'Legends of Windemere' is his first series, but it certainly won't be his last.
View all posts by Charles Yallowitz →
This entry was posted in Thoughts and tagged mental health, negative, negativity, pain, pessimism, positive, positivity, sadness, truth. Bookmark the permalink.

52 Responses to The Pain of Being Told ‘Just Be Positive’